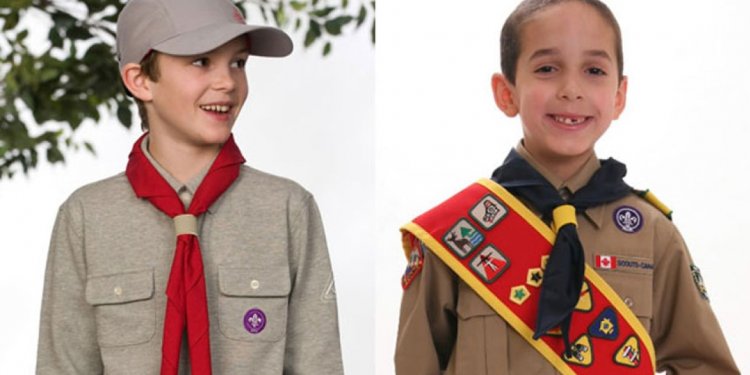 Late December brings a spate of year-in-review lists. While overused, they are a handy way to recap the year that was.

One way to look back on 2016 in Scouting is by seeing which Bryan on Scouting blog posts were most popular.

We write the posts, but you read them. So a page-view ranking is an effective way to understand your interests — and help us write even more useful posts in the future.

But first, a quick thank you. On behalf of the entire Scouting magazine team, we appreciate your loyalty, questions, story ideas and comments.

Note: These were the most-read posts that actually were published in 2016. For older posts still getting big numbers in 2016, see the honorable mention section at the end.

16. Scouts experience the best and worst of humanity in a single weekend

On a recent camping trip to the California coast, the Scouts of Troop 57 stepped out to see the ocean. A while later, they returned to the Suburban and felt their stomachs sink. The SUV had been broken into. All of the boys’ bags were gone. What happened next is a minor miracle. Read the post.

15. Why dancer Derek Hough and his dad, Bruce, are big believers in Scouting

Derek Hough (Dancing With the Stars, Hairspray Live) attended an Emmys reception dinner wearing his Cub Scout uniform shirt. Derek told his dad, Bruce, that wearing the shirt “was a reminder to him that he needs to live these things each day of his life, ” Bruce says. Read the post.

Lions, a new Boy Scouts of America pilot program for kindergarten boys, began in participating councils this fall. Why go younger? Research shows that a child’s development accelerates at age 4 and 5 — about the time these youngsters begin their formal education in kindergarten. Read the post.

13. Matt Paradis, starting center for the Broncos, is an Eagle Scout in Super Bowl 50

When Peyton Manning took his snaps in Super Bowl 50, he received the football from an Eagle Scout. Matt Paradis, starting center for Denver Broncos, earned Scouting’s highest honor as a member of Troop 319 of the Ore-Ida Council. Read the post.

12. 2015 merit badge rankings: The most and least popular

Eagle Scouts are getting older. In 1949, the average age of Eagle Scouts was 14.6 years. In 2015, that number was 17.34 years old. Young men are staying in Scouting longer, meaning they’re enjoying the program for a longer amount of time and not feeling the rush to earn Eagle until they see their 18th birthday on the horizon. Read the post.

9. Things I Did Because I Was a Boy Scout: An impressive list

Ray Capp asked some former Scouts — ages 30 to 80 — a simple question: What’s something you absolutely would never have done if you hadn’t been a Scout? The result is an impressive list of “Things I Did Because I Was a Boy Scout.” It’s a powerful recruiting tool. Read the post.

On April 1, the BSA announced a new program called Puppy Scouts. These very good boys will be part of existing packs, troops, teams and crews. They’ll be invited on select campouts, as long as they carry their own gear and are current on their rabies vaccine. Oh, and … April Fools! Read the post.