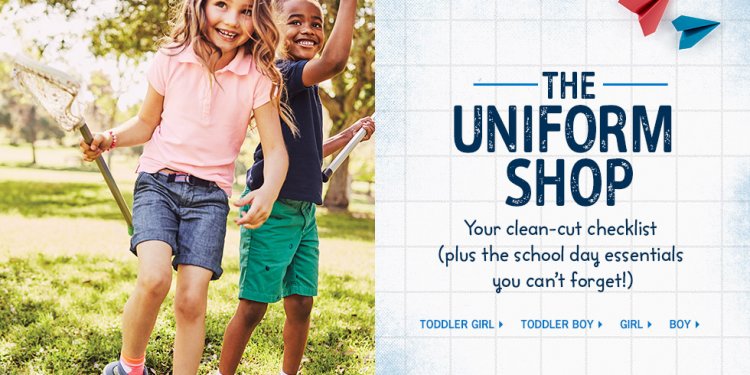 When you wear a Cub Scout, Boy Scout or Venturing uniform, you’re a walking symbol of the BSA. One glance, and people know you’re a man or woman of great character. Talk about a first impression.

But what about when people who aren’t in Scouting wear the Scout uniform or something that looks like one?

That’s when intellectual property rights come into play. The Boy Scouts of America’s symbols, including the Scout uniform you wear every week, are protected under U.S. trademark law. It’s all about preserving that positive feeling people get when they see a sharply dressed group of Scouts.

For today’s Ask the Expert, we’ll look at how a BSA attorney interprets this complicated subject.

To better understand this concept, let’s first consider a scenario that’s fictional but plausible. It involves a hypothetical restaurant where servers wear outfits that look a lot like BSA uniforms.

The owner of a new casual-dining restaurant is designing uniforms for his servers.

Looking to stand out from the crowd of chain restaurants, he decides to purchase khaki button-up shirts for all his employees.

He tells servers to add as many non-Scouting patches (or pieces of flair, if you will) as they like to reflect their interests and hobbies.

The men will wear green shorts and the women green skirts. Both men and women will wear a neckerchief with the restaurant’s name on it.

Is the restaurant doing anything wrong? Perhaps. Let’s read the expert’s take and then revisit our fictional restaurant.

Burgin Hardin is the BSA’s licensing and contracts attorney. He offers this fascinating explanation on how the BSA protects its famous trademarks.

Most everyone is familiar with the BSA’s famous trademarks, such as the fleur-de-lis and the phrase “Eagle Scout.” But there are many other symbols and devices that represent the BSA and its programs and that are protected by law.

For instance, in addition to the individual badges and emblems on a Boy Scout uniform, the uniform as a whole is protectable under U.S. trademark law. BSA’s intellectual property rights in its uniforms — Boy Scout, Cub Scout, Venturing — derive from the uniforms’ distinctive combination of colors and styles. Over time, the public has come to recognize those combinations as symbols of the Boy Scouts of America. Thus, when a member dons his or her uniform, they are, quite literally, a walking symbol of the BSA.

Like all trademarks, BSA’s intellectual property rights in its uniforming — that is, the specific way that certain components are put together — extend only so far as that combination of components evokes, in the public’s mind, the BSA and its programs. In other words, the key question in a case of infringement is whether a particular combination of colors and styles creates a connection in the public’s mind between BSA and the person wearing that outfit.

For example, if you walked into a hardware store and saw the employees there wearing plain khaki shirts and green pants, that by itself would not likely constitute an infringement of the BSA’s intellectual property rights. Khaki shirts and green pants, in and of themselves, are not exclusive to the BSA. In this scenario, given the context and assuming the employees’ uniform didn’t carry any marks or symbols that could reasonably be confused with any of the BSA’s insignia, it’s not likely that you or anyone else would believe a connection existed between the BSA and the hardware store.

If the facts of that scenario changed a bit, we might have a different outcome. For example, if the employees were also wearing a neckerchief or if the store sold the same types of goods as the BSA sells in its own Scout shops, those additional elements make it more likely that a shopper would assume a connection between the store and the BSA. The more elements involved, whether on the clothing itself or in the environment, that evoke BSA and the Scouting program, the more likely people will mistakenly believe that an association exists between the business and the BSA.

Determining that infringement has occurred, legally speaking, is not a precise mathematical exercise. It’s more of a balancing act. Each case embodies a unique set of facts to evaluate and weigh. Some cases are straightforward (like if the hardware store employees were wearing actual Boy Scout uniform shirts!), but many are not.

As you might imagine, the BSA receives many reports of possible intellectual property infringement, and the BSA assesses each one individually based on the totality of the circumstances. Suffice to say, the use of a Scouting uniform (or any combination of colors and styles that’s confusingly similar) in a manner that’s likely to lead people to believe the BSA is involved with or connected to the wearer, when such a connection doesn’t actually exist, rings a lot of alarm bells.

The bottom line: the BSA will take appropriate steps to protect the brand when necessary. It’s vital to preserving the BSA’s iconic image.

What about our hypothetical restaurant?

Based on Hardin’s explanation, it seems this fictional restaurant is really walking the line of infringement.

But I’m no attorney, and, as Hardin says, this is “not a precise mathematical exercise.” Good thing we have experts like him who figure this stuff out on a case-by-case basis.

UPDATE, Noon on Jan. 14: This post was not intended as an exhaustive analysis of all the issues involved, and many of the comments here raise good issues that would be considered in light of the specific facts of a situation. Also, the comments from Hardin were geared toward the commercial use of the uniform by a business or organization, not someone’s personal use of the uniform.