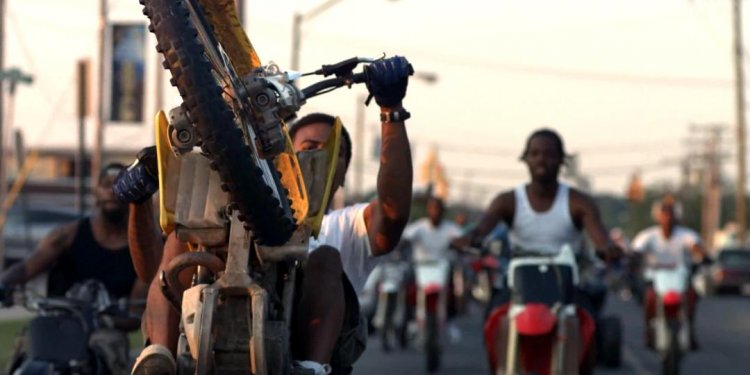 Living black in a world formed from the crucible of anti-black slavery imposes many moments of visceral absurdity, leaving you in a vast fissure between hysterical laughter, unstoppable streams of tears, and rage hot enough to burn a body. But what body should burn? The end of April imposed a moment on me that made this question easy to answer.

From a cubby hole in the library of University of California, Irvine, I witnessed the cops continue their ongoing destruction of Baltimore, the city I call home. Reporting and actions by grassroots activists and journalists filled the silences produced by corporate media that descended on the city before the “Baltimore Riot.” These reports from folk on the ground posted to social media displayed, in real time, how the cops pulled students off of buses, surrounded them as they left school, and intimidated them without providing anyway to get home. These black students were corralled and trapped at the mall while, outside my window, white children from a local high school openly broke the law within the line of sight of campus police without receiving even a vocal reprimand. No armored trucks or police officers holding M-16 assault rifles will be called against these children. In Irvine, young people are allowed to be reckless and protected from consequence.

Irvine is a meticulously manicured overgrown suburb. The FBI declared the Orange County neighborhood the safest city in America—a title that signifies little more than the absence of black bodies, so the non-black elite can feel safe. Irvine is also the only city that has actually voted to reduce its minimum wage after having a living wage. There is open-air trafficking of migrant workers on the sides of highways and storefronts, but you are supposed to keep that on the hush-hush. Jamboree Road is actually named after the Boy Scouts of America’s 1953 National Scout Jamboree. Irvine was a privately planned city developed out of the Irvine Ranch owned by the Irvine Company. Many civic leaders, such as Baltimore’s mayor, Stephanie Rawlings-Blake, envision a future for Baltimore that looks much like this neoliberal wet dream.

For this reason, among a glut of other reasons, Irvine has never been home to me. Yet, as Gil-Scott Heron put it, what do you do when home is where the hatred is?

In Baltimore, strange fruit grow from the concrete each season. City planners arrange Baltimore neighborhoods like row crops, each section producing different yields of life expectancy and suffering. Spring melts away the snow, bringing out the sun and April showers, some streets covered with cherry blossoms and others with black blood. The open air slaughter of black people is not the mistake of an individual, but the blossoming of a seed of destruction.

These segregated seasons make black death appear as natural as flowers blooming while masking the work put in year round by politicians, nonprofits, universities, landlords, developers, and other leaders of capital and power to cultivate this field of death. Whether building I-170, the highway to nowhere, through several black neighborhoods in the 1970s or the ongoing project of evicting hundreds of families in East Baltimore to build new homes for employees of Johns Hopkins, the city’s history is filled with the muck of bad, violently developed plans. Baltimore was the first city to legalize segregation. A century of state sanctioned residential segregation structurally deprived our neighborhoods of resources and access to power or jobs. Now, policing and gentrification are wiping black neighborhoods off the map in order to make room for development. Black bodies are the raw material for each new site of progress. The new Baltimore will be constructed on top of black graves.

April 27 began as a day to allow the family of Freddie Gray to put their fallen loved one to rest. Yet, before the so-called riot, black children leaving school were met with the full anti-riot force of the BPD. Cops dragged children off of buses as the city shut down mass transit. The reason? A bogus “purge” threat. The city’s defense plan corralled the children into a confined space, pointed guns in their face, and demanded they leave without any actual means of transportation. The students could neither stay nor go, and some students began to voice their righteous rage against a structurally unfair situation.“They are just trying to set ya’ll up. Don’t let them set y’all up, ” one adult cautions. Far from revealing a failure of communication, these community members were providing a political analysis of the lawlessness of police violence endemic to the area and the necessity of defending the children from the cops’ intimidation tactics. The news reported on a produced spectacle, but the story did not begin nor end there.

The seasonless sun of Irvine shined bright as the videos of the police takeover of Mondawmin Mall played. Seeing the bus stop and the redesigned aspects of Mondawmin filled my mind with the memory of precious, dumb events from my childhood. Mondawmin is both a mall and a major transportation hub where over 5, 000 kids catch or transfer buses every day. Mondawmin was the spot I hung out and took my first group photo with friends way before selfies, the spot where my uncle took me to get my first pair of expensive kicks. Mondawmin was also the spot where I have seen black folk harassed by cops for nothing more than simply trying to get home. Black memory is fractured by the absurdity of living while held captive.

Growing up, I was always taught to never be in the wrong place at the wrong time. Implied in the advice was, “You are already in the wrong skin, don’t compound the issue.” I can recall riding up York Road on the bus and looking outside my window to see a paddy wagon corralling an entire crowd of black folk leaving a bar or corner store late at night. This is the gratuitous nature of anti-black violence: a black man or woman can be arrested or murdered for any reason, all reasons, or no reason at all.

The coverage of Freddie Gray’s killers have not decreased the cops’ slaughter of black Baltimore residents. A black trans woman named Mya was murdered by the police in April, yet this death drew no sustained media attention. A black man was shot on the University of Maryland campus in Baltimore in June. A few weeks ago, the cops murdered Spencer Lee McCain and cited taking a “defensive stance” as a reason for the murder. In the slaughterhouse we call the United State of America, whatever place a black body traverses is always the wrong place. The wrong time is the span of a black life.