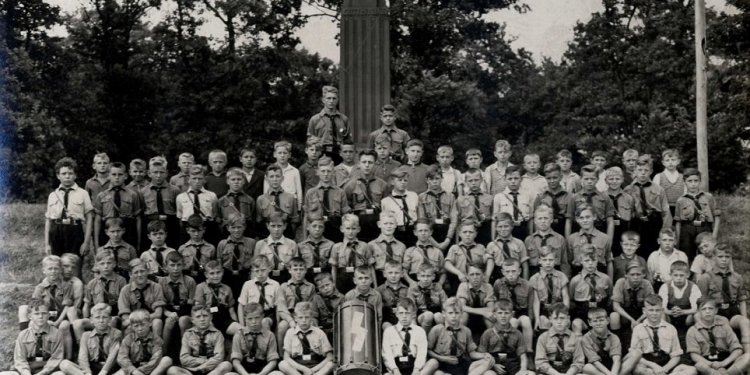 Once upon a time the Boy Scouts were about camping, backpacking, and canoeing. Boy Scouts were into high adventure and sporting activities. Scouts were about preventing forest fires and “Do a Good Turn Daily.” Scouts worked with the Salvation Army and the Red Cross. They cherished ideals such as the Cub Scout Promise and the Law of the Pack.

“The Explorers program, a coeducational affiliate of the Boy Scouts of America that began 60 years ago, is training thousands of young people in skills used to confront terrorism, illegal immigration and escalating border violence — an intense ratcheting up of one of the group’s longtime missions to prepare youths for more traditional jobs as police officers and firefighters, ” reports the New York Times.

Homeland Security and the FBI are behind the effort to indoctrinate and train the Boy Scouts to become tomorrow’s Gestapo. “Our end goal is to create more agents, ” April McKee, a senior Border Patrol agent, told the New York Times. “Before it was more about the basics, ” said Johnny Longoria, a Border Patrol agent. “But now our emphasis is on terrorism, illegal entry, drugs and human smuggling.”

“Just as there are soccer moms, there are Explorers dads, who attend the competitions, man the hamburger grill and donate their land for the simulated marijuana field raids. In their training, the would-be law-enforcement officers do not mess around, as revealed at a recent competition on the state fairgrounds here, where a Ferris wheel sat next to the police cars set up for a felony investigation, ” Jennifer Steinhauer writes for the Times.

Scouts are trained to identify the enemy. In a competition in Arizona, one role-player wore traditional Arab dress. “If we’re looking at 9/11 and what a Middle Eastern terrorist would be like, ” said A. J. Lowenthal, a sheriff’s deputy in Imperial County, California, “then maybe your role-player would look like that. I don’t know, would you call that politically incorrect?”

Politically correct or not, Homeland Security and the FBI realize Arabs are not the enemy — “rightwing extremists” are.

The new Gestapo Boy Scouts program will train the new Hitler Youth — or Obama youth — for the challenges of a totalitarian globalist future. As the planned implosion of the economy unfolds and unemployment increases, the federal government is picking up the slack. “In the wake of the huge stimulus package to jumpstart the economy, plenty of new positions are being created by 2010. The agencies that will benefit include the Defense, Commerce, Homeland Security and Veterans Affairs departments, ” writes Judi Hasson for Fierce Government.

Gestapo Scouts will be required to combat “rightwing extremists” who will refuse to turn in their firearms after the next false flag terror attack or engineered pandemic. SWAT Scouts will be called to deal with those who refuse to participate in mandatory vaccinations. Police state Scouts will be the vanguard for Obama’s million-man Civilian National Security Corps. “just as powerful, just as strong, just as well-funded” as the military.

It’s up to the New York Times, as the premier “liberal” propaganda outfit, to sell the militarization of the Boy Scouts to the American people, using the standard bugaboos of Arab terrorists, drug cartel thugs, and marijuana cultivators as the example of why all of this is necessary.

In the real world, however, government is not primarily concerned with drug dealers — after all, the government and Wall Street run most of the drugs — they are worried about growing opposition to the destruction of the Constitution and the imposition of world government by a cabal of international bankers and their corporate fascist partners in crime.