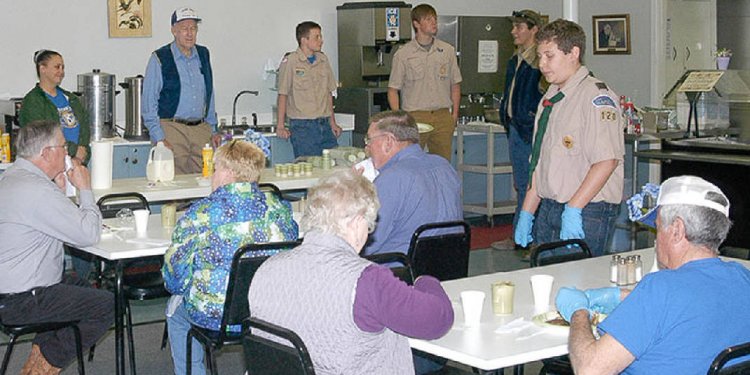 Less than a year after The Boy Scouts of America (BSA) gave the green light for gay troop leaders as well as gay boys to join its ranks, five pre-teen girls are challenging the organization’s no-girls-allowed policy.

The California girls participated in a series of competitions with scout groups over the past year. They started the BSA’s Learning for Life program and are following many of the Boy Scouts’ procedures in their small female troop. But BSA leaders denied the band of girls membership, allegedly after discovering they couldn’t join campouts due to insurance liability. The girls are now challenging the BSA to rethink its no-girls-allowed policy, especially after the organization redefined its stance on gender two years ago.

The BSA’s evolution on sexuality has caused many faith-based groups to rethink their support for the group. The Lutheran Church Missouri-Synod (LCMS) became the latest to cut ties last week. In 2014, the LCMS created a memorandum of understanding in an effort to clarify differences and continue outreach with the Scouts. But the conservative denomination dissolved the agreement in a letter shared on its website. It said the BSA’s foray to include gay leaders is a “place the church is not willing to go.”

The BSA’s membership has declined over the past decade, a trend only exacerbated by the debate over sexuality. According to a recent Reuters report, membership dropped 7 percent, from 2.6 million to 2.4 million, over the past year. The California girls hope those statistics build a case for girl inclusion, which could boost BSA’s membership numbers.

If BSA leadership continues to resist, taking the matter to court isn’t likely the place for the girls to earn their badges. The Department of Justice placed a clause in Title IX when it was written, allowing the Boy Scouts of America to discriminate based on gender. The group can lean on the 1972 act to defend its rights to gender exclusion, but the court of public opinion may force it to make yet another change.

“I’d like to see them standing up like they did for the gay scouts and the gay leaders, ” Allie Westover, one of the girls fighting to become a Boy Scout, told The New York Times.

Rodney Magnus, one of three people on the panel that passed the girls’ case to the national BSA headquarters, said the group’s programs are gender-specific, “written for squirrelly little boys that run around and get crazy.” He believes the curriculum would need rewriting, should girls be allowed to join.