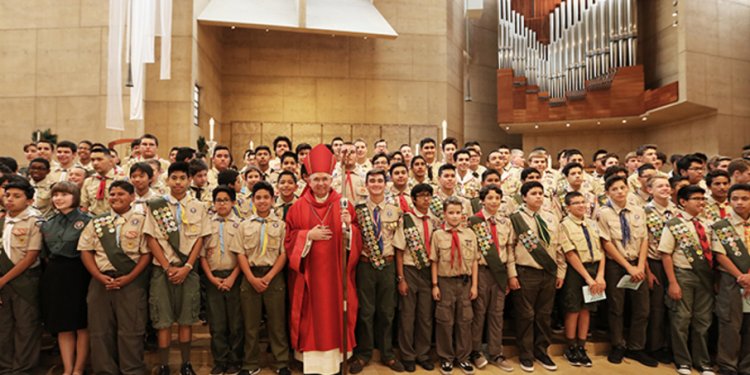 The Boy Scouts of America recognizes more than more than 25 different religions, and the American Boy Scout ranks include Quakers, Muslims, and Zoroastrians. Buddhism is one of the largest non-Christian religions in America’s Boy Scouts, and we’re here to answer your questions about how it works.

Q: How many Buddhist Boy Scouts are there?

In 2010, the United States had about 1, 500 Buddhist Cub Scouts and Boy Scouts. Those scouts were chartered by Buddhist groups. Christian religions are most common. Among non-Christians, Buddhist membership trailed Muslim and Jewish scouts.

The stats rely on church-chartered Buddhist scouts, so the demography of those scouts follows the makeup of the churches. Many are affiliated with Buddhist Churches of America, which is in turn affiliated with Jodo Shinshu Hogwanjiha in Kyoto, Japan. As a result, many Buddhist Boy Scouts are Japanese.

However, Buddhist Boy Scouts are by no means exclusively Japanese. Any Buddhist boy could become a scout, with or without church sponsorship.

Q: When did the first Buddhist Boy Scout troop form?

Q: What makes being a Buddhist Boy Scout unique?

Metta: This emblem encourages boys to relate to all things with kindness and goodwill. Scouts can receive it if they’ve completed 12 hours of instruction over the course of three months.

Sangha: Older boys earn this emblem, which stresses the importance of harmonious relationships and the universal brotherhood of all living beings. Most scouts have completed 72 hours of instruction over the course of two years.

Adults can also receive an emblem: the Bodhi badge recognizes five or more years of leadership in scouting.

How will scouting change in the next century?
Source: triviahappy.com