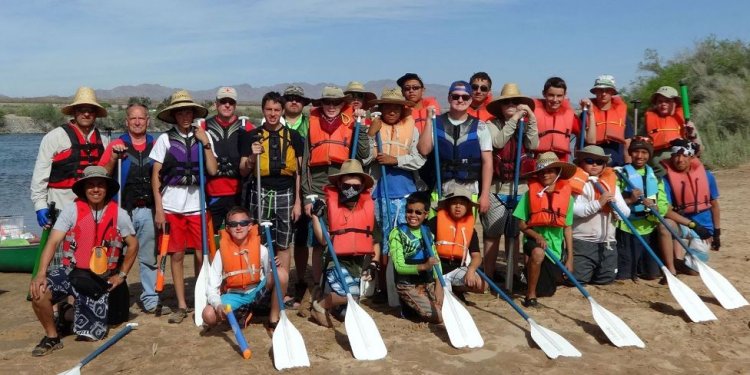 Orange County’s first American city was the birthplace of Scouting in Orange County. Anaheim had been laid out in 1857; just seven years after California became a state. And Elmore B. Douglass organized the first Orange County Boy Scout Troop in Anaheim in 1910, the same year that the Boy Scouts of America was founded.

The earliest reference to Scouting in Orange County is in the Anaheim Gazette of October 20, 1910, which reports, “Scout Master Douglass is meeting with much success in the organization of a local troop of Boy Scouts of America.”

In 1920, a group of civic leaders formed the Orange County Council, with headquarters in Santa Ana.

One of the reasons for starting a Scout Council was to provide summer camp facilities for the local troops. In 1922, Camp RoKiLi was established in the San Bernardino Mountains. It was named for the three service clubs that did the most to help start the new camp — the Rotary, Kiwanis, and Lions. Camp RoKiLi served local Scouts until 1964, when it was replaced by Lost Valley Scout Reservation (now Schoepe Scout Reservation at Lost Valley).

Orange County created its own Cub Scout program in 1928, two years before the National Cub Scout program was introduced. For older boys, Sea Scouting and Senior Scouting proved popular. In 1937, the Newport Sea Base was established on Newport Bay and has become one of the premier youth aquatic facilities in the state.

The biggest Scouting event to ever hit Orange County was the Third National Jamboree, held on the Irvine Ranch in 1953. It is the only time a Jamboree was ever held on the West Coast. Some 50, 000 Scouts and Scouters from around the world attended. The 3, 000-acre site was donated by The Irvine Company. It was located above the Pacific Coast Highway, from the Back Bay to MacArthur Blvd. The main entrance road is still known as Jamboree Road.

In the late 1950s, under the leadership of Bill Spurgeon III, the Orange Empire Area Council created the first Specialty Exploring and vocation programs for older Scouts. The first vocational post was chartered by the Helipot Division of Beckman Instruments in 1957. Within two years, the program had spread across the United States. In 1960, the first law enforcement post in the nation was chartered by the Orange County Sheriff’s Department. It is still active today.

In recent years, the Orange County Council has worked to provide opportunities to all of Orange County’s youth. Many of the new programs are open to both boys and girls. In-School Scouting (now known as Learning for Life) was introduced in 1980 to reach students in inner city neighborhoods. Other programs serve older youth, or “at risk” groups.

Camping has remained a key part of the Scouting program. Since the 1970s, the Orange County Council has offered programming at several properties, including Rancho Las Flores on Camp Pendleton and Oso Lake in Rancho Santa Margarita, and a high adventure base at White’s Landing on Catalina Island. Additionally, the council recently built the Irvine Ranch Outdoor Education Center, near Irvine Regional Park, which serves Scouts, students, and young people from many different youth groups. The council is currently in the middle of a comprehensive capital campaign to improve programs at these four premier facilities: Oso Lake, Schoepe Scout Reservation at Lost Valley, the Irvine Ranch Outdoor Education Center, and the Newport Sea Base.