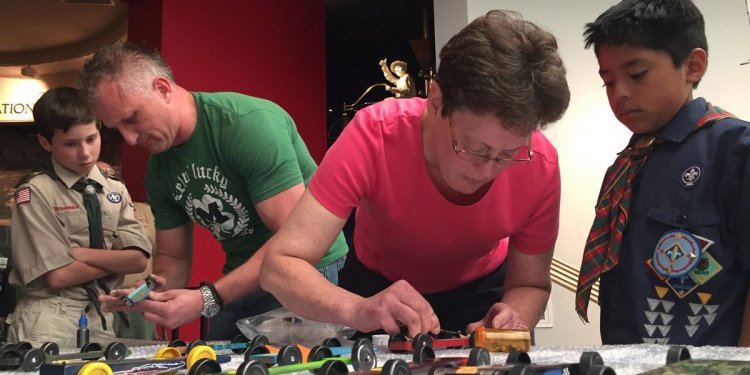 Troop 377 of the California Inland Empire Council presented six Battle of Normandy veterans ranging from Private First Class to Lieutenant with medals commemorating the 70th anniversary of the battle.

These American heroes include a duo that were not only in the same squadron during the D-Day invasion on June 6, 1944, but they were also Boy Scouts who grew up within 100 miles of each other in Michigan. The men now live in the same town.

Also among the veterans honored is 99-year-old glider pilot and Eagle Scout Robert Butler. Rather than share war stories, Butler wanted to share his great Scouting experiences with his fellow Scouts.

But the veterans did gleam rare perspectives of World War II for those in attendance. Martin Lagin shared tales of being so close to the enemy he could hear soldiers speaking German. He was injured during the war and later received the Bronze Star medal.

Another veteran, Floyd Dominguez, explained he had never been outside Texas when he was drafted. In the Army he was part of the famous 1st Infantry Division, the oldest continuously serving division in the regular United States Army.

The Boy Scouts of America encourages troops to seek out opportunities for Scouts to hear from veterans and preserve perspectives of the past. These six veterans may have been honored by the BSA, but the true honor was bestowed upon the troop, as they were regaled with stories and photos few living soldiers have glimpsed firsthand.