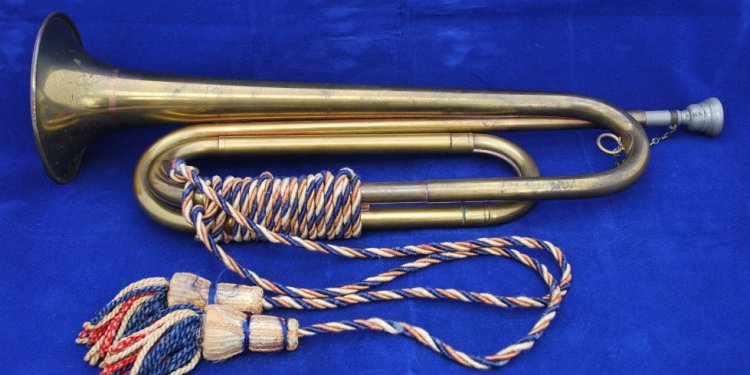 If you know anything about how the poultry industry works (and/or if you’ve seen the amazing Dirty Jobs segment that’s embedded above — if you haven’t seen it before, it’s definitely worth watching), then you know that baby chicks are separated by gender very soon after being hatched, so that the females can be sent to egg farms. The process of determining girl chick from a boy chick is trickier than you might think, and is called sexing (as in “We will now sex these baby chicks” or “I’ve been sexing chicks all day long and boy am I exhausted”).

The front of the jersey is blank but beautiful:

This was a basketball warm-up top. The unusual thing about it (aside from the chick sexing thing) is that it has a sleeve patch — rare for a warm-up. And that patch is the best thing about the jersey. In fact, it may be the best thing in uni-verse, period. Check it out:

Is that the best thing ever or what?! I love it. Best patch ever — even better than the mysterious Hale America “Pants” patch. (For more info on that one, look here.)

I did a little digging and learned that the American Chick Sexing Association — or Amchick, as it’s commonly known — was founded in California in 1937 and then moved to Lansdale, Pennsylvania (the city listed on the sleeve patch) in 1942. The founder was one S. John Nitta — that’s him on the far right — who later sold the business to his son, David Nitta, who in turn sold it to an employee. In 2006 Amchick moved to Fayetteville, North Carolina, where it continues to operate today.

I wanted to know more about the jersey, so I began by contacting the eBay seller, but he didn’t respond. So then I contacted Amchick, where the organization’s executive manager, Lisa Hong, patiently heard me out as I explained the unusual reason for my call. She was intrigued by the jersey — it’s part of her company’s history, after all — and said she’d try to find out more. After a few days, she emailed me with the following: “The only thing we were able to gather is that the founder of Amchick, Mr. John Nitta, sponsored several local teams and organizations during the 1950s. The jersey was likely from a local sponsorship in Lansdale, Pennsylvania. I wish I could have been able to find out more for you.”

I had one other question for Lisa: It seems odd that they put the organization’s full, unwieldy name on the back of the jersey (complete with the word “Sex, ” which must have been fairly scandalous during the period when this jersey was in use) when they could have just put “Amchick” there. Personally, I’m glad they used the full name — it makes the jersey more interesting — but wouldn’t the nickname have made more sense? The company even trademarked “Amchick” in 1954, so it wasn’t just a slang term. Why not use it on the jersey? Lisa said it was probably a matter of organizational pride — they wanted to use their full name and say it loud, say it proud. Fair enough.

As for the eBay auction, the jersey is too small for me, so I won’t be bidding on it. Just as well, because Lisa says she plans to acquire the jersey herself, as a keepsake for the company. Nice!

Unmasking the Commenters: I recently invited the site’s commenters to tell us a bit more about themselves and give us a peek at what they look like, just because I thought it would be fun to pull back the internet’s curtain of anonymity. I’ll keep showcasing you folks as long as you keep sending in your photos and quick bios.

Big treat today, as one of the site’s most active and interesting commenters comes out from behind the mask. Ladies and gents, I give you The Jeff:

Hi. My name is Jeff Provo, and I’m an alco— er, Uni Watcher. I post as The Jeff primarily because I don’t like my last name and because being just Jeff would be boring and a bit confusing since there are multiple Jeffs who comment. I’ve also posted on other logo/uniform sites as RaiderKtulu. I discovered this blog four or five years ago due to my interest in NFL uniform history, and I’ve stuck around because I enjoy the daily discussions in the comments section.

I’m about to turn 33. I grew up in Toledo, Ohio, where my high school wore purple and called themselves the Indians, so it’s easy to see why I often disagree with Paul. I now live in Columbus. I have a lovable but not very bright cat named Derpy. As a kid, I rooted for the Pistons, Tigers, and Raiders, but the only sport I still actively care about these days is football. I work third shift in retail. It’s rather mindless, but it pays the bills. When I’m not working, I spend most of my free time playing video games, listening to heavy metal, watching videos on YouTube, and occasionally creating sports uniform concepts, many of which have been showcased on weekend posts here. My favorite games are Skyrim and Minecraft, my favorite band is Symphony X, and my biggest uniform peeve is the use of gray facemasks by teams that don’t wear gray, like the Browns and Colts.

Thanks, Jeff, and happy almost-birthday. Although we often disagree on aesthetic matters, I always appreciate your passion and your contributions to the site. You help make Uni Watch a better place!

PermaRec update: Remember my recent PermaRec piece about old employee I.D. badges? Thanks to some stellar research by a reader, we now know quite a bit about the person shown in one of those badges (shown at right). To get the full scoop, check out the latest entry on the Permanent Record blog.

’Skins Watch: The Spokane Indians — that’s a short-season single-A baseball team — has made some excellent outreach to local Native American tribes in recent years, and one result is that team is poised to become the first baseball team with a Salish-language jersey insignia. See what can happen if a team treats Native imagery with respect instead of as an entitlement? (From Kenny Ocker.) … Good article about the controversies over Native American team names in Idaho high school (from Jamie Galindo). … Protesters held a small rally on Friday night outside a high school basketball game in Wisconsin to protest the name of the Mukwonago High School Indians (thanks, Phil).

Baseball News: Want to make your day? Check out this 1885 children’s book called Baseball ABC. Spectacular illustrations and great uniforms! (Great find by Patrick Lasseter.) … Matt Ryburn was watching footage rom the 1988 World Series and noticed that the paint job on Mark McGwire’s yellow batting helmet brim was a little different than everyone else’s. … In yesterday’s Ticker, Phil linked to a photo that showed the Pirates’ 1976 pillbox cap, only without the stripes. I mentioned to this Todd Radom, who promptly supplied some additional examples and said it’s what the team wore for spring training in ’76, which I hadn’t been aware of. … Some very colorful Japanese baseball unis from the 1970s are shown on this page. … When I hear the term “baseball pin-ups, ” I usually think of Rob Ullman’s cheesecake artwork. But it turns out that “baseball pin-ups” also applies to this very cool vintage MLB book. … Nice Dave Parker tribute by Evan Longoria (thanks, Phil).