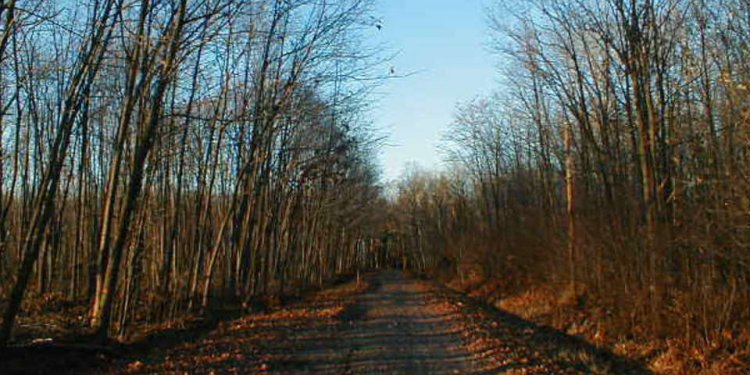 Peter LeValley burying ground, Warwick RI. Named after Peter LeValley Sr., grandson of the original Peter. Though he and his descendants are buried there, the cemetery may have been founded by his uncle John-who may also lie there with his second wife under uninscribed fieldstones.

Henry LeValley burying ground, Coventry RI. Named after the grandson of the above-mentioned Peter Sr. Henry lies there with his descendants.

LeValley Cemetery, Middleport NY. Named after the donor of the land, Holden LeValley (son of the original Peter's grandson John Jr.). He donated the land in 1819, reserving the right for himself and his heirs forever to pasture calves and sheep on it. But when Holden and his wife died four years later, their bodies were sent back to Canandaigua NY for burial with their infant daughter and other relatives. His nephew's family was later buried in the LeValley Cemetery.

LeValley Flats, Lockport NY. Name of the flatland once farmed by Franklin Jackson LeValley, descended from Peter's grandson Christopher. It is dominated by a huge outcropping of forested rock, on top of which his house stood. From that grand situation, the place is now the location of the sewer plant.

LeValley & Harmon's addition to Waverly IA. The whole southeast quarter of the city was laid out by George W. LeValley, descended from Peter's grandson Christopher.

LeValley Road near Columbiaville MI. Leander LeValley settled there in 1845, and his uncle John Cook LeValley brought his family to the farm next door in 1853. They are descended from Peter's grandson Christopher.

LeVally Turnpike was named after some of the Xenia LeValley/LeVally family. It is now known as Ohio Route 50-the section running west from Route 292 to Rushsylvania.

LeValley Church, Ionia MI. Iri LeValley, descended from Peter's grandson John Jr., donated the land for the Methodist church, on condition that it be named after him. He later became a Presbyterian. The original church burned in 1923, but its less picturesque replacement has kept the LeValley name.

North LeValley Elementary School, Ionia MI. Still in operation, the school stands diagonally across from the LeValley Church, from which it probably got its name.

LeValley & Davis, Coventry RI, went out of business 1829. Gardner LeValley (Peter D-129) was listed five years earlier as a machine maker. Since the company broke up at about the same time he left RI, he seems the most likely owner.

LeValley, Lamphere & Co. Machine Works, Warwick RI, 1840s-50s. Founded by Robert LeValley (Peter A-7). They seem to have made a wide range of things-including one family coffin.

The LeValley Works (wood alcohol factory), Fernwood NY, 1880s was named after the nearby LeValley sawmill-though no one in the LeValley family had any ownership of the factory.