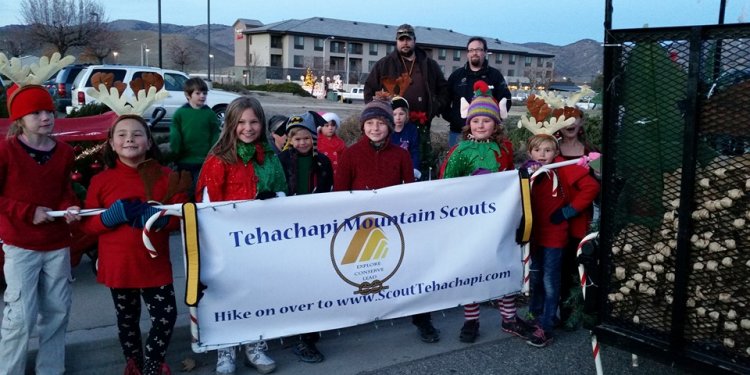 In April of 1985, the National Council of the Boy Scouts of America ruled that a fifteen-year-old Scout, Paul Trout of Charlottesville, Virginia, "should be expelled from the Scouts because he doesn't believe in God." Apparently, Trout mentioned in his interview with the advancement committee for his promotion to Life that he does not believe in God (or maybe that he does not believe in God as a Supreme Being, a distinction that makes a difference). Carl Hunter, director of the Stonewall Jackson Area Council, was quoted in the press as saying, "The Scout Law requires a young man to be absolutely loyal to God and country and to be reverent toward God. You can't do that if you don't believe in a Supreme Being." The American Civil Liberties Union (ACLU) took up Trout's case, but by October the national organization reversed itself and readmitted Trout. The organization's explanation was that Trout had said merely that he "did not believe in God as a supreme being, " and they chose to interpret his views as a disagreement over the definition of God. "So the organization's national executive board decided to delete from its literature any definition of God . . . while reaffirming the Scout Oath's declaration of duty to God." I shall return to this issue of defining God, but let me move ahead to 1991.

By the summer of 1991, the BSA had two more lawsuits on its hands. The families of eight-year-old Mark Walsh of Chicago and of nine-year-old twins Michael and William Randall of Anaheim, California, had launched separate suits after their sons had been expelled from Cub Scout troops for saying they did not believe in God. The Cub Scouts is the organization created in 1930 by the BSA for younger boys, aged eight to eleven, with the young boys organized into "dens" supervised by a "den mother" and a larger unit, the "Cub Pack, " usually led by a male pack leader.

The BSA had finessed the Trout case by framing it as a mere dispute over the meaning of the word "God, " but these suits pitted avowed atheists against the BSA requirement that members believe in God. The National Council's stance was that the BSA is a private group that can admit and exclude members by criteria particular to the organization. "Also supporting the status quo, " explained a New York Times story, "are the Church of Latter-Day Saints, or Mormons, which formed the first Scouting council in America in 1913 and which remains the largest single Scout sponsor, and the Roman Catholic Church, the fourth-largest Scout sponsor. The two churches, which together support more than a quarter of all Scout troops, contend that the Boy Scouts has every right to keep certain people out, whether as Scouts, volunteers, or staff members."

Public schools, it seems, sponsor the largest number of Scouts, which provided fuel for the plaintiffs' view that the BSA is a public organization. But the public schools "do not speak with the unified voice of the Mormon or Catholic churches, " notes the reporter, who also points to a basic contradiction in the BSA practices regarding religious belief. "Officials say the organization was founded for boys who believe in God and should remain true to those principles, " he writes. "But while the organization accepts Buddhists, who do not believe in a Supreme Being, and Unitarians, who seek insight from many traditions but pointedly avoid setting a creed, it does not tolerate people who are openly atheist, agnostic, or unwilling to say in that Scout oath they will serve God."

In fact, it was precisely this contradiction that the twins' father, James Grafton Randall, acting as their attorney in the case, hammered as he cross-examined witnesses for the organization. In a decision with significant implications, Orange County Superior Court Judge Richard O. Frazee Sr. ruled in June of 1992 that the Boy Scouts could not exclude the twins "because of their beliefs, or lack of them." More shocking still, the state supreme court refused to hear a petition from the Orange County Council of the Boy Scouts of America.

Meanwhile, the Girl Scouts of America faced a similar challenge. In November of 1992, James Randall filed a suit against the Girl Scouts on behalf of a six-year-old San Diego area girl and her father, challenging the Girl Scouts' pledge to "serve God" as a "religious test oath" that violates the Constitution. Within a year, the Girl Scouts had changed their pledge, permitting girls to replace "God" with "words they deem more appropriate" while reciting the Girl Scout Promise. "The group's leaders said the measure . . . acknowledges growing religious and ethnic diversity among the nation's 2.6 million Girl Scouts, " explained a newspaper account of the national convention that voted overwhelmingly for the new policy. "In regions with large Asian and American Indian populations, the group has had trouble recruiting girls whose religious tradition does not include a Judeo-Christian concept of God. . . ."

The Girl Scouts found a comfortable solution to the dilemmas of religious diversity, choosing a route that would make the organization open to every girl. What kept the Boy Scouts from doing the same thing? When reporters bothered asking boys themselves what they thought about excluding boys from the organization because they didn't believe in God, the reporters found "mild to strong support for changes." And this is what I would expect from my long association with the Scouts, both as a Scout and as a researcher observing a troop for over twenty years. The "professional Scouters, " the bureaucrats who work for the national office of the Boy Scouts of America, feel compelled to speak authoritatively about what is good or bad for children and adolescents without actually asking any young people what they think about it.

So why did the National Council dig in its heels on this issue? What was so much at stake that the Boy Scouts could not follow the example of the Girl Scouts and move to accommodate religious diversity?

Part of the answer lies in the historical connection between Christianity and an aggressive version of masculinity. It is useful to examine a bit of history on this connection. And perhaps the best way to get at this history is to look briefly at the five main figures who came together to create the Boy Scouts of America—Ernest Thompson Seton, Daniel Carter Beard, Edgar M. Robinson, John L. Alexander, and James E. West—for these men embodied much of the ambivalence and tension that connected Christianity with masculinity at the turn of the twentieth century.