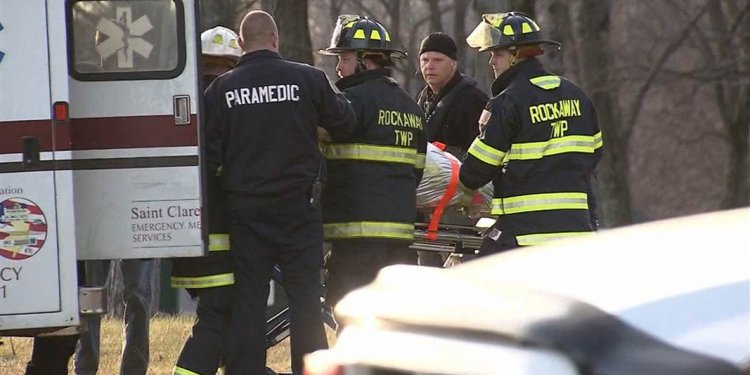 What happened next was straight out of Hollywood.

“If our story was a movie, no one would believe the part where, right after the accident, as we realize how difficult it will be to get to a hospital, along comes a troop of Boy Scouts, ” Nakano writes in a letter.

Those Boy Scouts were from Troop 859 in Sherwood, Ore. During a weeklong trip on California’s Lost Coast Trail in June, the Scouts encountered this injured backpacker and knew just what to do: jump in and help.

First, the Scouts calmed the hiker. Then, with her permission, the Scouts bandaged her wound, while troop leaders weighed their options for seeking additional medical attention.

The injured hiker was traveling with her two kids, ages 13 and 15, and a 15-year-old friend. Hiking to their vehicles would have been a about a 12-mile trek.

“We decided it was time to use our satellite phone and call for help, ” says Anthony Holden, a Varsity Coach lending his expertise to Troop 859 during their journey.

“We thanked [them] profusely and urged them to continue on their way, ” Nakano writes. “They refused, however, making it clear that our situation allowed them to practice the skills and core values integral to their training.”

Instead of worrying about the delay in their hike, the boys and leaders took this time to get to know their new friends. “We let them know that we would be with them until help arrived and they were taken care of, ” says Nathan Anderson, chartered organization representative of Troop 859.

The group waited more than two hours for a Coast Guard helicopter to arrive and shuttle Nakano and her party to the nearest hospital. She later returned home to San Francisco, where she recovered from second-degree burns.

A few days into her recovery, Nakano says the doorbell rang unexpectedly. The Scouts from Troop 859 had pooled together their money to send Nakano a brand-new camp stove. The model has been called one of the safest on the market.

Despite her injury, Nakano says she’ll remember her “good fortune” on that trip and the fact that her path crossed the same trail as boys who are “remarkable, extremely competent, kind and generous.”