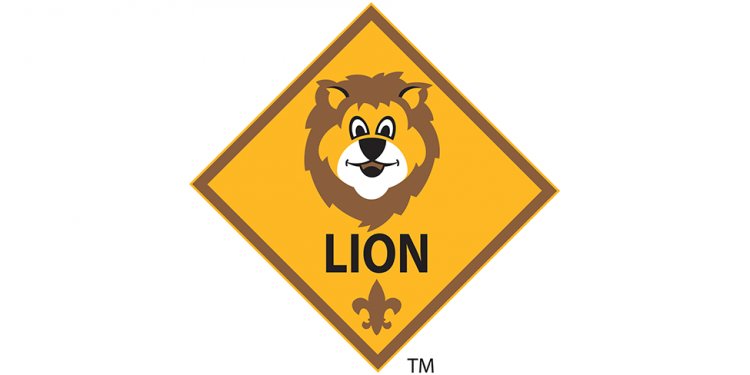 Our story begins at the end.

It begins at Joe Stieber’s mailbox, where he finds a strange invitation to an Eagle Scout court of honor. It’s strange because he doesn’t recognize the Eagle Scout’s name or troop number.

Stieber shows up anyway, and he’s looking at a table displaying the young man’s Scouting memorabilia — patches, photos, uniform pieces. At the center of the display is a photo of the honoree as a Tiger. Stieber immediately knows where the photo was taken: Tiger Cub Safari, a must-do event that’s been thrilling the BSA’s youngest members in the San Francisco Bay Area Council since 1984.

Of course Stieber recognizes it. He’s been staffing Tiger Cub Safari since 1994. Then he looks closer at the man standing next to the boy in the photo.

He doesn’t remember this Scout — one of 200 Tigers involved in the event each year — but the young man must remember him, considering he invited Stieber to his Eagle court of honor all these years later.

“It took all of my strength to stay composed and see this new Eagle be celebrated, ” Stieber says.

When you volunteer at a Scouting event, you’re seeing the painting in progress. Depth added, point of view shifted, a palette enriched.

The masterpiece won’t be complete for years, and you might never get to see the finished product. It takes faith to know those hours and days and

weeks you volunteered really mattered. That somewhere out there walks a man who’s better because you gave up a weekend way back when.

Sometimes, if you’re lucky, the proof shows up in the mailbox.

Off to a Great Start
How many men can trace their decision to become Eagle Scouts all the way back to a spring weekend at Wente Scout Reservation in Northern California?

Again and again at Eagle Scout courts of honor, a Tiger Cub Safari alumnus displays a trinket from the event. It’s like a business owner hanging his first dollar bill on the wall: It all started here.

That’s proof that Stieber, camp director Jeff Biehl and all the volunteers at Tiger Cub Safari have a great secret to recruiting and retaining Scouts in your unit, district or council.

You start by engaging our youngest Cub Scouts with an event just for them. You treat these boys not as Level 1 Cub Scouts amid a jungle of Wolves and Bears and Webelos. You treat them as Tigers.

You do that by inviting only the little guys, meaning not even siblings (except those brothers who are also Tigers) are invited. Biehl says this ensures the Tiger, at least for this day and a half, is the star.

“He can be the sole focus of his mom and dad all weekend, ” Biehl says.

There’s the first time a boy hits a bull’s-eye in archery and declares this the “best day of my life.” There’s the dad whose son couldn’t sleep on Saturday night because the boy was thinking about all the fun he had. There’s the year when, to everyone’s delight, they woke up to a late-April snow.

“We often remember our firsts, ” says camp chaplain Phil Weiss, “and this camp is designed to make these firsts great memories for life.”

Quality Time
Gail Bryan didn’t know much about Tiger Cub Safari when she took her son Kevin in 2014. When Kevin brought home the flier, Gail expected your run-of-the-mill event.

“I thought it might be just camping with some archery and BB guns, ” she says. “It was so much more.”

Like the obstacle course — Kevin’s favorite. He went over, around and under objects. He ran, climbed, threw and jumped. He burned a lot of energy.

Adults like Gail know this will help Kevin focus for calmer events like fishing and crafts. Tigers like Kevin know this: “I got to be athletic and crazy.”

It got a little cold for Kevin and Gail on Saturday night, but it was nothing their sleeping bags couldn’t handle. The wake-up call on Sunday came pretty early, but that was OK, too.

“Getting up so early was hard, ” Kevin says, “but I guess you have to if you don’t want to miss anything.”

It’s “probably the No. 1 event my son will remember growing up and is the foundation for all his camping experiences, ” she says.

Tiger Cub Safari is for the Tigers, but it’s also for their adult partners. Gail remembers seeing fellow parents arrive at camp with sleeping bags still in wrappers. When they departed just 26 hours later, these were changed men and women.

“By the time everyone was leaving on Sunday, ” Gail says, “there wasn’t a parent there who wouldn’t have wanted to come back with their son again and again.”

Staying Power
Volunteers return again and again, too. They make the three-hour drive from San Francisco to the camp in Willits, Calif., which is located on a stunning 80-acre lake.

Some staffers remember attending Tiger Cub Safari as boys, and now they’re paying it forward. So it’s no surprise that staff tenures in the double digits are common and that at least three volunteers have been showing up every year for a quarter-century.

With that kind of experience, you’d think they’d dust off the same program year after year. After all, the Tigers-only requirement means boys will attend only once.

The staff is continually trying to improve elements both big and small. The big stuff — flag ceremony, activities, a campfire program with good songs and silly jokes, a cracker barrel for snacks and fellowship, and a worship service the next morning — gets updated from year to year.

Like the check-in process on Saturday morning, during which Zollinger now has the Tiger do the talking — to the surprise of a few moms and dads.

“So we tell them that the name of the camp is Tiger Cub Safari, not Parent Safari, ” she says.

Give a boy a little bit of responsibility today, and he’ll be ready for a lot of it tomorrow.

Zollinger knows this well. Three of her sons are Eagle Scouts now, but she still volunteers at Tiger Cub Safari because she’s seen what it does.

She, too, attended an Eagle Scout court of honor for a past Tiger Cub Safari participant. In this case, though, she knew the young man. She had since Webelos.

Or so she thought.

The lights dim. A slide show plays. And there’s a photo from Tiger Cub Safari — three years before Webelos — of Zollinger teaching the boy how to make an animal out of beads. Zollinger finds him after the court of honor and learns he remembers her teaching him how to make that little critter.