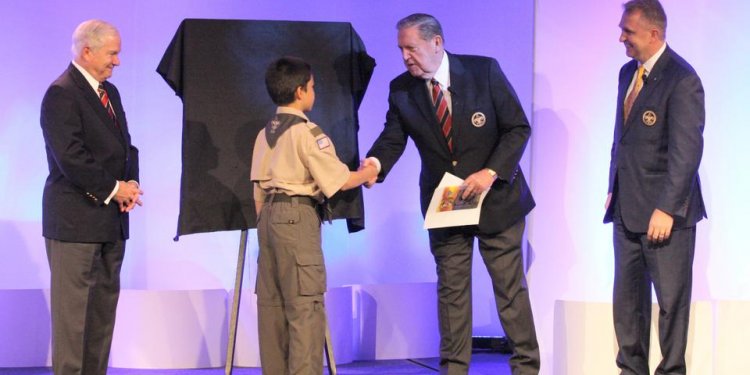 SACRAMENTO — The Boy Scouts and the PTA, two "apple pie" groups, can't agree on who should assume liability for any "bad apple" Scout leaders.

Of 10, 000 Scout units in California, about 600, mostly Cub Scout packs, are currently sponsored by neighborhood school PTAs, according to Richard Parker, assistant director of the Boys Scouts' Western region.

The action could sever relationships between school PTAs and Scout units, both composed of parents usually from the same neighborhood, that have existed for as long as half a century.

The California PTA action, contained in a memo this fall from state PTA President Dorothy Leonard, came after the national PTA and the Boy Scouts failed to reach agreement after more than a year of negotiations over who should take responsibility for screening Scout leaders.

Each Scout troop or pack is sponsored or chartered by an organization, such as a school PTA, church or civic club.

The Boy Scouts in 1988 wrote new charter application and renewal forms that place the responsibility for screening, selecting and approving local Scout leaders on the sponsoring organization.

"Our position is the sponsoring organization should be primarily responsible for screening local Scout leader candidates. Who can better assess them?" said Lee Sneath, Dallas publicist for the Boy Scouts.

National PTA President Manya Ungar wrote in an October, 1988, letter to state and local PTAs, "In the view of our legal advisers this responsibility could result in increased liability to PTA units, and possibly to their leaders, should some unfortunate situation develop involving the leadership of the local Scout organization."

The two national groups began negotiations in mid-1988 that continued through this year. During that time, until July 1, 1989, the Boy Scouts agreed that the use of the new forms would not change the relationship between the two groups that existed before the forms were introduced.

However, since 1976 the California PTA has been using its own form for sponsoring Boy Scouts and other youth groups. That form committed the local PTA only to helping secure qualified adult leadership, helping arrange for a meeting place and providing opportunities for youth service.

The national PTA informed its state chapters of the deadlock and is leaving decisions up to them.

"We have nothing that says they can or cannot sponsor Boy Scout troops. That's up to the local units, " said Tari Marshall, public relations director for the national PTA.

She said a few states have recommended that local units not sign charters.

The Illinois PTA advised its local units not to sign Boy Scout charters in October, 1988, said Illinois President Gretchen McDowell. "Our liability insurance put a waiver in so it will not cover any Boy Scout activity."

She said other youth groups, such as Girl Scouts, recruit and train their own leaders and do not require sponsoring organizations to accept responsibility for the leaders.

Leonard of the California PTA sent her letter to local units in September, just as the school year began and many Scout troops and packs were organizing for the year.

Leonard said she plans to meet with Parker, who is based in Sunnyvale, to try to resolve the problem.

"We do have a problem, but we believe it can be worked out, " said Parker, who said the two groups are meeting both on the state and national level.

"We met in June, but you can't really call it negotiations, " said Marshall of the national PTA, based in Chicago. "The Boy Scouts have set up things the way they want it set up. Really, it's up to Boy Scouts to come back to us if they feel they want to make a change."

Parker notes that the Boy Scouts carries liability insurance for all its registered leaders.

"Since the Boy Scouts was started, we have asked chartering partners to screen or approve leaders, " he said. "The leadership comes out of their neighborhoods and they know them better than we do. We then train them."

He said if a school's PTA won't sponsor a Scout group, then a group of parents in the neighborhood could get together and sign the charter.

"Not in one instance have we had a PTA say we don't like you and don't like the program, " said Parker.