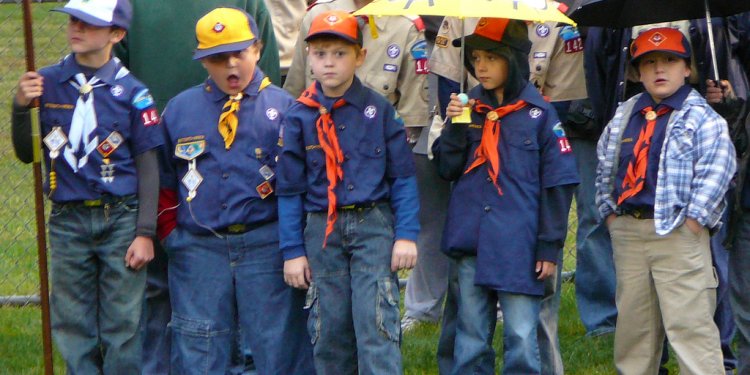 Six California girls want to be Cub Scouts instead of Girl Scouts.

A group of girls called the Unicorns are fighting back after being told by the Boy Scouts of America that they are not allowed to join their local boy scout council in Santa Rosa, Calif., because it is “inappropriate, ” according to Danelle Jacobs, mother of one of the girls and leader of the Unicorns.

Jacobs said her 10-year-old daughter Ella tried Girl Scouts but didn’t enjoy it as much as she enjoyed tagging along with her brother to Cub Scouts events. Jacobs looked for a “better fit” for her daughter, with “activities that are more robust.”

Cub Scouts caters to boys age seven to 10; Boy Scouts include boys in the 11 to 18 age range.

Jacobs found a co-ed program owned by the Boy Scouts called “Learning for Life” that allowed the girls to participate in activities alongside the boys, Jacobs said.

“The girls were approved to go to all age appropriate events just like they were Cub Scouts, ” Jacobs said. “They were earning different patches but doing the same things and so that was great.”

The girls were going to pack meetings and camping trips until one of the parents complained, which prompted a meeting on Oct. 1 where parents were told their daughters they could no longer participate with the Cub Scouts.

“They said things like it was completely inappropriate and girls would take over all of the leadership positions, ” Jacobs said. “What would be inappropriate is lost on me.”

In a statement provided to ABC News, the Boy Scouts of America said it was made aware last month that a local unit was not following eligibility requirements.

“We understand that the values and the lessons of Scouting are attractive to the entire family, ” the Boy Scouts of America said. “However, Cub Scouts and Boy Scouts are year-round programs for boys and young men in the first grade through age 18. Local Scouting leadership welcomes the opportunity to discuss BSA policies with the families involved, as well as potential alternative programs available."

The Unicorns plan on attending a local Scout Council meeting on Friday and handing in applications to be part of the Cub Scouts.