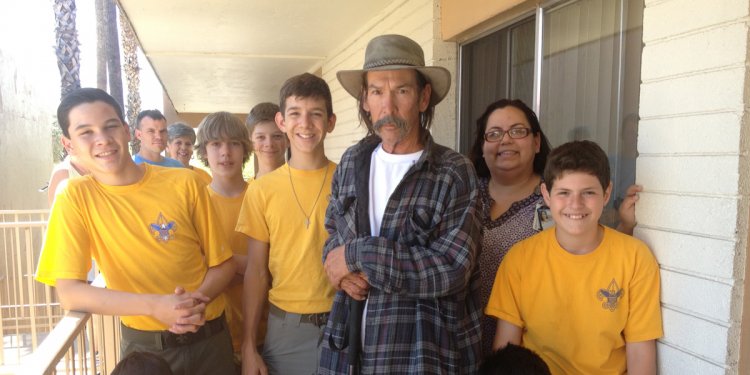 Gathering the photos is a highlight of my week, and the series has been well-received by blog readers. However, some commenters have made an important point: Almost all of the projects spotlighted are construction-based.

You know what? They’re right. That’s an inherent flaw in my Extreme Makeovers series. It only includes physical projects — those that offer a permanent transformation to places like baseball diamonds, community parks and historic cemeteries.

I’m a fan of construction-based projects; my own involved constructing a wooden walkway and benches. But I know that many projects can’t be depicted with before-and-after photos.

Examples of these include planning and executing a blood drive, organizing a communitywide event, creating and distributing a safety pamphlet, and many more.

For proof that non-construction projects can make a huge difference, look to Shane Uribe. The California Eagle Scout won this year’s Glenn A. and Melinda W. Adams National Eagle Scout Service Project of the Year Award.

You see, Shane spent his early years in several foster homes. He carried all of his belongings from place to place in a black trash bag.

Not wanting others to endure that same fate, he planned a duffel-bag drive. He filled 100 high-quality duffel bags with blankets, flashlights and stuffed animals. No trash bags for these kids.

His project was such a success that San Diego County decided to make it a permanent program. Now many more than 100 children will benefit from Shane’s project.

(Read more about Shane and his duffel-bag drive in the Fall 2015 issue of Eagles’ Call magazine, out later this month.)

What the BSA says

Nowhere in the Boy Scouts of America’s guidance on Eagle Scout projects — not in the Guide to Advancement, not in the Eagle Scout Service Project Workbook — does it mandate that Eagle projects be construction-based or permanent.

The primary guidance is that a Life Scout must “plan, develop and give leadership to others in a service project helpful to any religious institution, any school or your community.”

While there are some rules — no projects that benefit the BSA, no fundraisers, no routine labor — there are more projects a Scout can do than ones he can’t.

It is important not to categorically reject projects that, on the surface, may not seem to require enough planning and development. Consider, for example, a blood drive. Often rejected out of hand, this project, if done properly, could be acceptable. Few would question the beneficiary. Blood banks save lives—thousands of them: maybe yours, maybe that of a loved one. If the candidate proposes to use a set of “canned” instructions from the bank, implemented with no further planning, the planning effort would not meet the test.