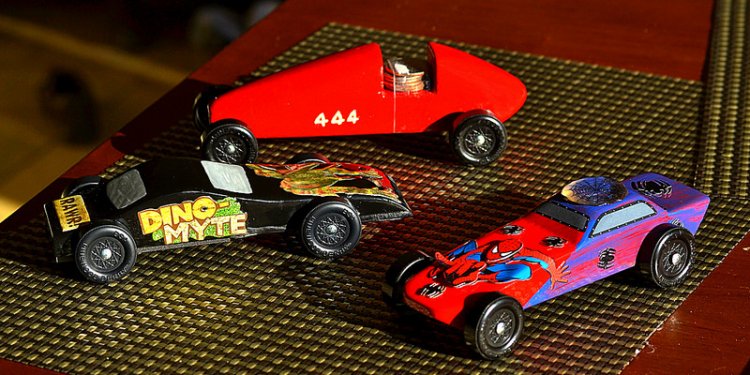 Because the Pinewood Derby grew primarily through a grass roots movement, much of it's early history and development has been lost. This page is an attempt to bring together as much information as possible not only of the Boys Scouts Pinewood Derby program, but also the many spin-offs that have occurred over the last sixty years.

The very first pinewood derby race was held on May 15, 1953 in the scout house in Manhattan Beach, California and was hosted by Cub Scout Pack 280C, the present Pack 713.

An image of the first Pinewood Derby race

The race was the idea of Cubmaster Don Murphy as a substitute for Cub Scouts too young for the then immensely popular soap box derby. Thanks to an aggressive advertising program by the Scouts and their sponsor, North American Aviation, the race was a huge success. The track was a two-laner, made of wood and 31 feet long, which is very short compared to today's standard 42 feet.

The extremely low cost of making the cars, the smaller venues required for staging races compared to soap box racing and America's passion for all things related to race cars fueled Pinewood Derby's rapid spread. The October, 1954 edition of Boys Life magazine featured an article about pinewood derby racing that introduced it to the entire Nation. On March 17, 1954, the Herald Express Newspaper and the Los Angeles Recreation and Parks department teamed to sponsor the first non-Boy Scout pinewood derby-type race in Griffith park.

In 1955, The Boys Scouts of America recognized it as a official scout activity. Within a few years Pinewood derby racing had surpassed soap box racing in popularity, the activity to which it was originally considered subordinate.