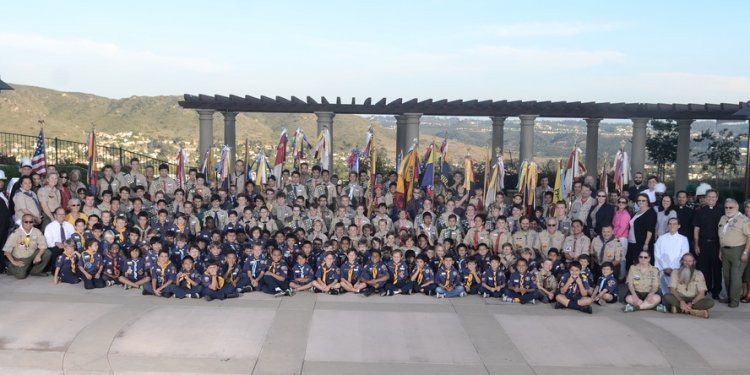 The Boy Scouts of America is considering changing its longstanding policy against allowing openly gay members, according to a news release from the organization.

The organization, which has 2.7 million members, is "potentially discussing" doing away with its national policy after months of protest, including hundreds of angry Eagle Scouts renouncing their hard-earned awards and mailing back their red-white-and-blue medals.

Many parents of Scouts across America found the national policy excluding gays confusing - and at odds with basic scouting ideals.

Social media were abuzz with outrage over the policy; gay men who used to be Scouts spoke out in first-person blogs. On her TV talk show, Ellen DeGeneres featured a California Scout who had been denied his Eagle rank because he is gay.

Members of the organization's national board are expected to bring up the issue at a regularly scheduled biannual meeting in February. Any change would be announced after that.

In the Scouts' statement Monday, the group indicated that the national board may consider passing any decisions on gay membership to the local level. Each troop's charter organization would be able to decide "consistent with each organization's mission, principles, or religious beliefs."

"The policy change under discussion would allow the religious, civic, or educational organizations that oversee and deliver Scouting to determine how to address this issue, " the statement said.

The statement itself is remarkable. Some members will see the fact that Scouting's national leadership is even discussing a policy change as a softening of its stance on gays and lesbians.

But some Scouts and Scout parents say that passing the decision to the local level will have little effect on the ground, because many troops have been ignoring the national policy anyway.

In April, the Gay & Lesbian Alliance Against Defamation started calls for the Scouts to end the ban. The group applauded Monday's announcement.

"The Boy Scouts of America have heard from scouts, corporations and millions of Americans that discriminating against gay Scouts and Scout leaders is wrong, " GLAAD President Herndon Graddick said. "Scouting is a valuable institution, and this change will only strengthen its core principles of fairness and respect."

The protest was sparked last year after Ohio Cub Scout den leader Jennifer Tyrrell was forced to step down from her position in her son's Cub Scout pack because she is openly gay.

The father of a gay California Boy Scout whose application for Eagle rank was rejected by a Scout council hailed the BSA statement as "a step in the right direction."

"It's interesting that the BSA is leaking this beforehand, " said Eric Andresen, whose son Ryan was denied the Eagle rank after being a Scout for more than a decade.

"We feel if they are going out with this much publicity they couldn't possibly say no now, " said the elder Andresen, adding that his son sees the move also as "a step in the right direction ... It's about time."

Meanwhile, conservative Family Research Council President Tony Perkins released a statement in response to Monday's announcement saying the Scouts organization "would be making a serious mistake to bow to the strong-arm tactics of LGBT activists and open the organization to homosexuality."

Some critics who say that Scouts have failed to change with the times blame the connections to organized religion. Approximately 70% of Scout troops are affiliated with some kind of church or religious group, according to Boy Scouts of America spokesman Deron Smith.

Scouts for Equality reports that 11 organization councils, which include more than 260, 000 Scouts, have publicly protested the policy, according to GLAAD.

The Catholic Church and the Church of Jesus Christ of Latter-day Saints are among scouting's biggest backers, Boy Scouts of America says. In 2011, Mormon-backed Cub Scout and Boy Scout troops accounted for more than 420, 000 of all Scouts nationwide. More than 200, 000 Scouts were members of units affiliated with the Catholic Church.

President Barack Obama - the honorary head of the Scouts, as is every president - supports gay and lesbians in Girl and Boy Scouts, as does former Republican presidential nominee Mitt Romney, a Mormon.