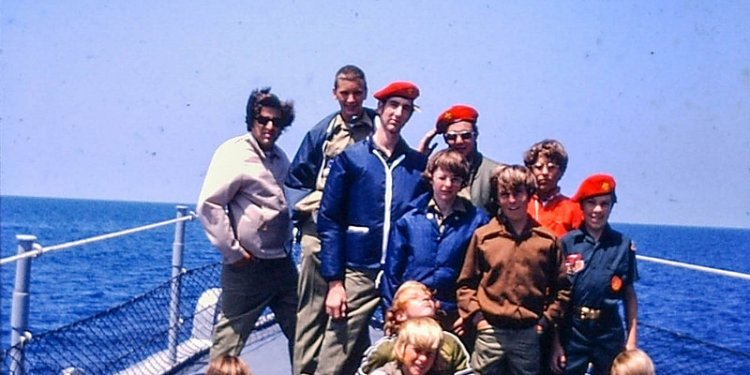 San Diego-based Boy Scout Troop 59 was on their way to Borrego Springs when they were involved in a deadly rollover crash near Lake Henshaw north of San Diego County Saturday.

According to Cal Fire and California Highway Patrol (CHP) officials, at 9:13 a.m., the driver of a Ford Expedition lost control of the SUV and slammed into a tree in a ditch in the northbound lane of State Route 79, about a half-mile south of State Route 76 near Santa Ysabel in unincorporated San Diego County.

“We had people running down to assist the folks almost immediately at the same time others were calling 911 to report the crash, ” CHP officer Rob Tracy said. “We had others stopping their car and going down to help out, which we always appreciate.”

The driver’s SUV was carrying four passengers, including a 49-year-old San Diego man who was sitting in the front passenger seat. Officials said that man was killed in the collision.

Officials told NBC 7 the victim’s son was in another vehicle in that caravan line when his father was killed in the tragic crash.

“Other Boy Scouts leaders and other boys were staying with him, just trying to reassure him, ” Officer Tracy said. “It wasn’t until later, after his mother was contacted and came out to the scene that the news was broken to him. Our hats are off to the Boy Scouts. The leaders really were leaders and took great care of the boys.”

According to investigators, two Boy Scouts – both 13 years old – were also hurt in the collision. The teens had been riding in the back of the Expedition when the vehicle rolled off the road. The teenagers were taken by medical helicopter to Rady Children’s Hospital.

They survived with the worst injuries, officials told NBC 7.

The 52-year-old driver of the SUV and his 42-year-old wife were taken to Palomar Medical Center in Escondido. They are also the parents of one of the teens injured in the crash.

When NBC 7 arrived at the scene of the accident, two portions of unraveled tire were on the ground with skid marks 200 feet before the crash site. The back rear tire of the Expedition, with detached tread, was completely off the axle.

CHP Officer Rob Tracy said investigators are looking at the tire as a possible cause of the crash but haven’t come to a final conclusion.

Tracy said motorists who passed the deadly crash stopped to perform CPR on the father who ultimately succumbed to his injuries.

The entire Boy Scout troop, including the man’s son, stopped at the scene. Tracy applauded the Boy Scout leadership for how they handled the tragedy.

As of 1:40 p.m., the conditions of the survivors were unknown.