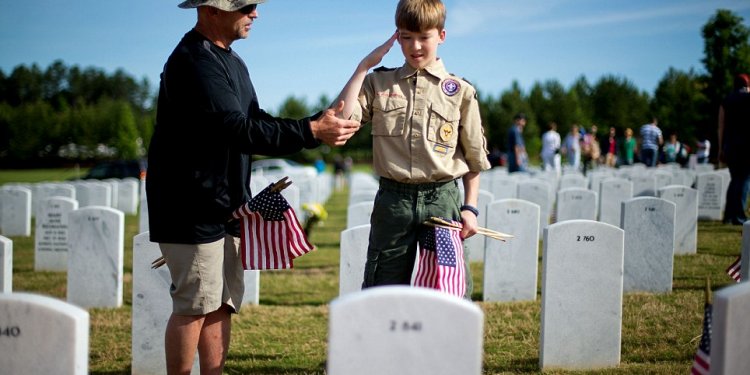 "I wanted to devise a wholesome, constructive activity that would foster a closer father-son relationship and
promote craftsmanship and good sportsmanship through competition."
Don Murphy, 1953
Pinewood Derby History is made

The story of the pinewood derby starts with Don Murphy, Cub Master for Pack 280C in 1953. Don Murphy wanted to create a new father-son Cub Scout activity he could do with his 10 year old son who was too young to race in the Soap Box Derby, which requires the boy to drive a home made car down a hill. Don's young son couldn't wait 2 years to race in the Soap Box Derby, so "Dad" Murphy wanted to invent another activity to do with his son and the younger boys in his Cub Scout Pack. The ideas started percolating in Don Murphy's mind.

His dedication to family values and Cub Scouting ideals, drove him, as stated in the quote above, to develop the idea of racing miniature pinewood derby cars down a track. He just needed to figure out a basic kit for these cars and design a track to race them on.

Don had been a model maker all his life, so the idea of racing small cars down a track came natural to him. It would be a fun and safe father-son activity for younger boys. He presented his idea of racing miniature pinewood derby cars to the Management Club at North American Aviation where he worked. They sponsored the Soap Box Derby, so perhaps they would also sponsor the first pinewood derby car race. The Management Club was excited about Don's new idea and agreed to sponsor the very first Pinewood Derby Car racing event for Pack 280C by donating trophies along with funds to make the car kits.

"I'd made models of airplanes, cars, boats, and any number of other structures and remembered the pleasure I got out of doing it, " Don said.