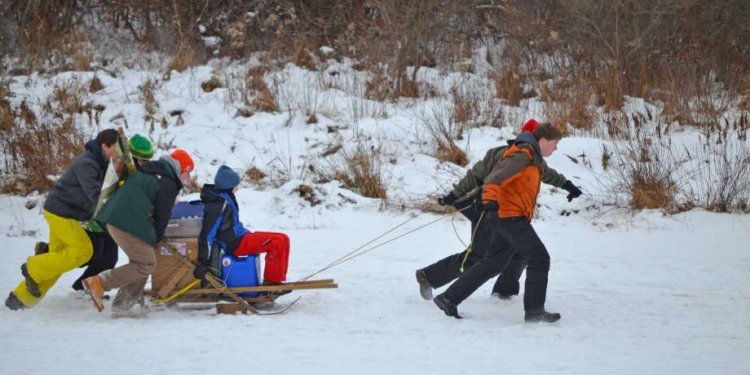 During a Klondike Derby, Scout patrols visit stations (sometimes called "towns") along the route and compete in the various events (sometimes supervised by the "town mayor"). It adds to the derby to give a Klondike flavour to each event. Scouters are each event could be in costume an tell scene-setting stories as patrols arrive.

A patrol's performance at each event will be scored for their level of knowledge or accomplishment and for teamwork. It is suggested that seven points be given for accomplishment and three for teamwork. Scores are totalled and trophies awarded to the patrol with the highest score. There can be trophies for each event and for overall score. Some Derbies put the patrols into categories based on an average of its members' age, years in Scouts, and badge level attained.

Keeping track of scores can be difficult in the winter time since score sheets can get wet and scorekeepers are wearing mitts or gloves. Here are some solutions: