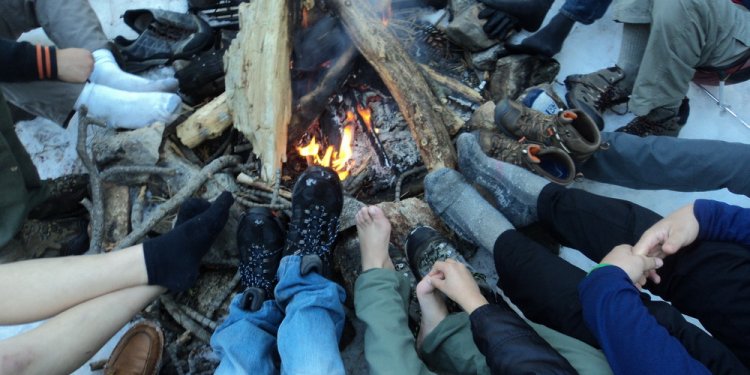 Feeling dispirited about today's youth? Try attending a Boy Scout meeting. You will find a parallel universe to today's vulgar, sexualized youth culture, filled with gestures of sometimes unbelievable delicacy and a code of conduct as anachronistic as sixteenth-century courtiership. Take Harlem's Troop 759. Six boys, from tall to small, sit expectantly around a card table in the basement of a red brick church on Morningside Avenue. The gangly senior patrol leader, Osmond Ollennu, a tenth-grade son of Ghanaians, calls the troop to opening ceremonies ("C'mon, men, form a straight line!"), and Osmond's little brother leads it in the Pledge of Allegiance, followed by four full-throated repetitions of the scout motto ("Be Prepared!") and one scout slogan ("Do a Good Turn Daily"). Then Osmond, who is the troop's second-in-command, announces inspection. While the boys stand quietly in line, he gently reties a neckerchief here, straightens a collar there, occasionally whispering a reminder in a boy's ear. The troop's leader, a dignified 18-year-old named Henry Lawson, inspects Ollennu in turn.

To anyone familiar with the chaos in New York's inner-city classrooms, such rituals are a little piece of heaven. Though scouting arose in response to a perceived moral crisis in youth nearly 100 years ago, its founders could not possibly have foreseen how much more desperately their gift to poor, drifting boys would be needed today. In a world lacking structure, where even family may be constantly in flux, scouting provides order—from the weekly meetings with their flag ceremony and scout oath to the little rules of self-presentation, like neckerchief-tying and tucked-in shirts. To boys desperate for authority and discipline, it offers self-control and a clear path toward achievement. Most important, it speaks a language of selflessness and honor to a culture tongue-tied about virtue. It is a ready-made salvation for urban children, complete with that holy grail: self-esteem. Even so, today's cultural elite, offended by scouting's nineteenth-century ethic of manly virtue, has put it right in the line of fire of today's culture wars.

As the nineteenth century ended, men on both sides of the Atlantic worried about boys, especially poor immigrant boys in the teeming cities, who seemed destined for delinquency or poverty. Ernest Thompson Seton, a Canadian naturalist, wildlife painter, and children's author, summed up these anxieties: "It is the exception when we see a boy respectful of his superiors and obedient to his parents . . . handy with tools and capable of taking care of himself, under all circumstances . . . whose life is absolutely governed by the safe old moral standards." Seton looked around for "robust, manly, self-reliant boyhood, " and found instead "a lot of flat-chested cigarette smokers, with shaky nerves and a doubtful vitality"—just as his British contemporaries found an alarming number of young men unfit for the draft.

These concerned men responded by creating a host of character-building organizations, the most powerful of which was the Boy Scouts. The organization grew out of Seton's newly created boys' group, the Woodcraft Indians, and the insights of an ebullient British war hero, Robert Baden-Powell. Lord Baden-Powell had returned to England from the Boer War in 1903 to find children devouring a soldiers' scouting manual he had written. Teachers urged him to revise the manual for boys, and Baden-Powell, inspired by Seton's Woodcraft Indians handbook, seized the challenge.