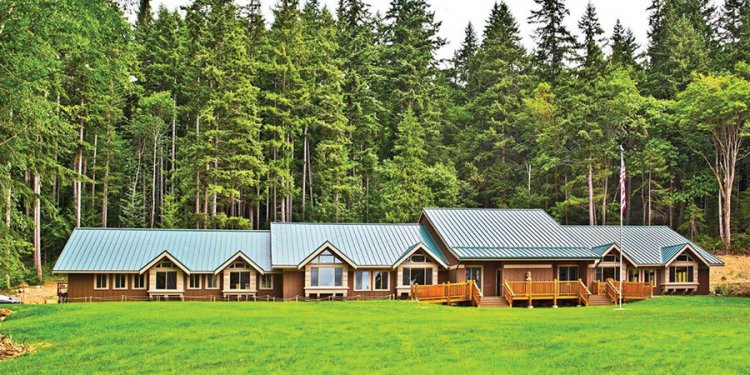 According to the document, the proposal is for a gated community with 131 single-family homes on lots of 2, 400 square feet or more. All houses would have two-car garages, the homes would be two and three stories and 34 percent of the property would be preserved as open space.

The one main entrance to what will be called Riverwalk would be at 4747 Daisy Ave. That was the gate for the scout camp as well.

The Greater Long Beach Area Council of Boy Scouts put the 11-acre camp — an oasis with a swimming pool, fire rings and camping areas — on the market in 2010. After an unsuccessful attempt to sell to the State Land Trust to keep the north Long Beach site open space, the property was sold to Integral Communities, an Orange County developer.

Inside the development, there will be a small pocket park and a recreation center with a pool, spa and clubhouse. The streets would be maintained privately.

Integral and the city have signed a development agreement that requires the developer to build a new park in the area to make up for the loss of open space. Called Oregon Park, the park would be at the intersection of Oregon Avenue and Del Amo Boulevard.

A soccer field with sports field lighting will be a focal point of the new park. There also will be a tot lot, picnic area, restrooms, fitness equipment and other amenities.

Park development will be coordinated with the city’s Parks, Recreation and Marine Department, and the park infrastructure must be completed before the subdivision’s infrastructure improvements. A condition of occupancy for the 33rd home is a date certain for park completion, and the city must accept the park before the 67th certificate of occupancy is granted.

Other offsite improvements required of the developer are roadwork on Daisy and Oregon avenues, and 48th Street. A new traffic signal at the intersection of Oregon and Del Amo. Integral also must create an emergency access to the development from Oregon Street.

The report concludes that the development will not have any significant, unavoidable environmental impacts, but that some mitigation will be necessary in several areas to reduce impacts to acceptable levels.

The public comment period for the environmental impact report runs until June 18.

The entire draft EIR is available at the Main Library and in the Planning Bureau at City Hall. It also is online at the Development Services website, under the planning/environmental reports tab.