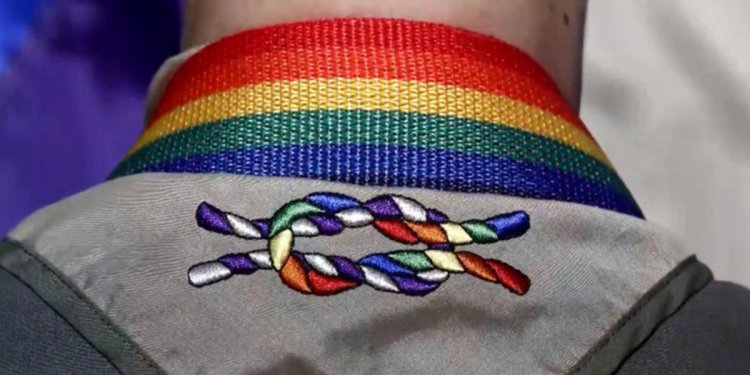 After delivering the signatures, Griffin and Hayes met with Glen Goddard, Program Director for the Golden Empire Boy Scouts Council.

Hayes launched the Change.org petition after resigning in protest with nine other camp employees after Griffin, the longest serving employee at the camp, was removed.

“Regardless of what the council gives as reasoning for my removal, the overwhelming show of solidarity at today’s delivery tells quite a different story, ” said Griffin. “I loved being part of the Boy Scouts, and I’m simply overwhelmed by the love and support the Scouting community has given me through this difficult time. I hope the council rejects this horrible policy soon, so no more Scouts or leaders have to go through what I did.”

“From Minnesota to Vermont, Rhode Island to California, local Boy Scout councils are standing up and rejecting the Boy Scouts of America’s discriminatory policy barring gay Scouts and leaders. Scouts for Equality is at the forefront of this effort, and we’ll continue working with brave Scouts and leaders like Tim and Alex, empowering local councils and charter organizations to speak for themselves and their members.”