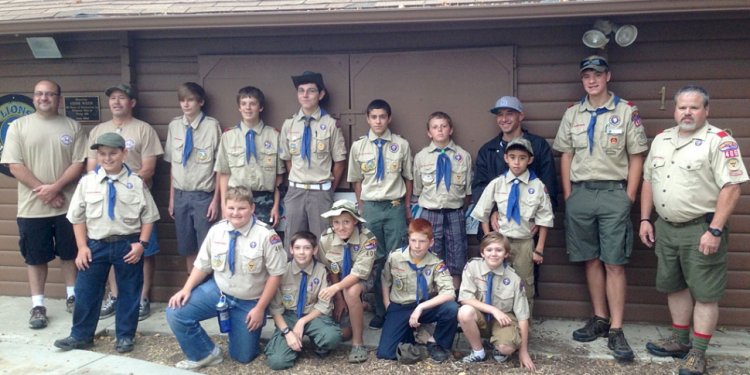 Eventually, everything comes back. Young men are wearing beards again, just as they did in Victorian times. Vinyl albums — thought to have been killed by CDs and MP3s — are so trendy that record-pressing plants are working round-the-clock to satisfy hungry hipsters. Coffee used to be bad for you. Now it’s touted for its miracle properties.

I wouldn’t be surprised if doctors start promoting cigarettes for “lung health.”

The latest golden oldie to make a comeback is the semaphore. The signaling system that employs flags to spell out letters is part of the Boy Scouts’ new “Signs, Signals and Codes” merit badge. So’s another seemingly obsolete communications method: Morse code.

The merit badge was released this month.

“It’s almost sort of a throwback, to reintroduce kids to skills which maybe someday they’ll need when their batteries run out on their phones, ” said Steve Bowen, chairman of the Boy Scouts of America’s merit badge development committee.

I think Steve is joking about the phones, but the merit badge isn’t totally focused on outmoded forms of communication. Scouts are required to be familiar with American Sign Language and Braille. Cryptography is an aspect, too.

And then there’s something that should come easily to any teenager: emojis and emoticons. The merit badge’s requirements include: “Discuss text-message symbols and why they are commonly used. Give examples of your favorite 10 text symbols or emoticons.”

I’m partial to the Easter Island head, myself.

To earn today’s badge, scouts have to send a message of six to 10 words, and apparently there’s no time limit.

“We’re not really pushing proficiency as much as an exploration, a reawakening that all of these things exist, ” Steve said.

Boy Scouts who earn the signaling badge will have something up on new ham radio operators, who are no longer required by the Federal Communications Commission to know Morse code.

I suspect it may have been wounded national pride that got the Boy Scouts to reintroduce these antique signaling methods. Steve said that a few years ago, there was an international gathering of Scouts in Southern California. One of the competitions was semaphore.

“Our kids, they just struggled, while the Mexican girls could whip it off like eating popcorn, ” Steve said. “They were incredible.”

U.S. Boy Scouts beaten by Mexican Girl Scouts. It sounds like a scene from a movie co-directed by Wes Anderson and Robert Rodriguez.

Steve said the Boy Scouts are continually tweaking the merit badge selection. “Kids are one of our biggest sources of ideas, ” he said. One Scout has been pushing for a paleontological microbiology badge.

“I expected it to be accepted okay, but it really shot off the chart, ” Steve said. “I didn’t imagine our kids would be so interested. It shot up to the top 20 merit badges earned in its first year.”

What did I tell you: Everything old is new again.