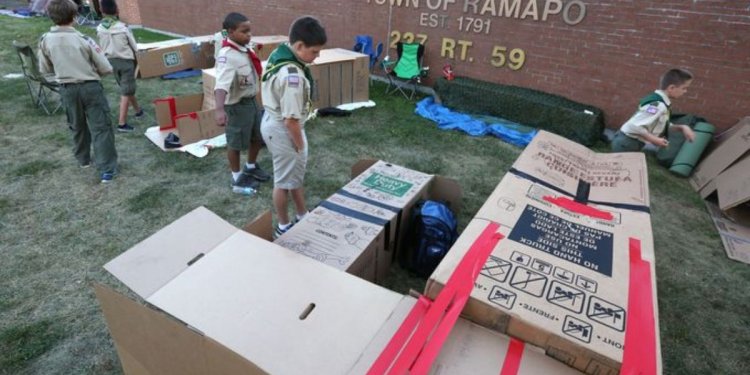 Troop 622 was founded in 1970 by Air Force Colonel Chris Keegan, eight boys who wanted to be scouts, and Dan Staub, the Troop's first Scoutmaster. It was the first troop in the new suburb of Rancho Peñasquitos. Assistant Scoutmaster Rusty Hartsock succeeded Dan a few months later, and Rusty turned the reins of the Troop over to another Assistant Scoutmaster, who served as Scoutmaster for the next 20 years. Bob Glaser succeeded him in 1990. Bob led the Troop for six months before turning the job over to Cliff Szafran. Cliff helped reorganize the Troop, incorporating many new ideas such as assigning Assistant Scoutmasters to specific duties. An officer in the Navy, Cliff was transferred in 1991 and passed the leadership torch to John Tiffany. John served for more than three years before turning the job over to Rick Kaiser in February of 1995. Rick stepped down, passing the job along to Bill Ainsworth. In March 2004, the troop Bud Leef became Scoutmaster. He was succeeded by Nick Watling, who ran the troop for 5 years before passing the torch in Oct 2010 to John Bell.

Troop 622 has been sponsored by several organizations over the years. The first sponsor was Peñasquitos Incorporated followed by the Los Peñasquitos Elementary School PTA, the Peñasquitos Lion's Club, and the Poway VFW. The parents of the scouts, disenchanted with so many changes in sponsorship, decided to sponsor the Troop themselves. Thus Peñascouting, the Troop's current sponsoring organization was founded. Peñascouting continues today with monthly parents meetings on the first Wednesday of every month.

The Troop's first Eagle Scout was Mark Pratarelli. Tom Keegan, son of the Troop's founder, was the first scout to advance from Tenderfoot to Eagle while a member of the Troop. In February 1990, the Troop conducted an Eagle Court of Honor for 13 scouts. To date, Troop 622 has advanced over 120 scouts to the rank of Eagle Scout.

It is the many varied activities that keeps the Troop strong and motivates boys to attain Scouting's highest rank. For the past 10 years, the Troop has alternated between local (Southern California) BSA camps and BSA camps located in the Sierra Nevada Mountains. Troop 622's other traditional camping trips include yearly treks down the Colorado River (started in 1972), bike-hikes in Death Valley (1983), backpack trips to the Havasupai Indian Reservation in the Grand Canyon (1997), Sierra backpack treks (1999), and 19-day trips to the Philmont Scout Ranch in Cimarron, New Mexico (1980). In a typical year, a scout has the opportunity to camp in excess of 35 to 40 days.

Leadership is a quality that is emphasized in Troop 622. In 1981, the troop initiated an in-house Junior Leader Training Program. This program is run every six months (March and September) for all scouts elected to leadership positions. During a weekend campout, the new leadership corps gains scout spirit and direction on how to accomplish their new and challenging duties. During the year, the Troop leadership meets at monthly Patrol Leader Councils (PLCs) to plan month-to-month activities as well as long-range camping plans. The Scoutmaster is assisted by more than 20 active Assistant Scoutmasters (many of whom are Eagle Scouts), Peñascouting, and the local BSA Council representatives.

Scout Spirit is kept strong in Troop 622. The Troop has its own distinctive hats and T-shirts, maintains individual patrol boxes and equipment for each patrol, and is probably one of the few troops in the council with its own song. Rules and regulations are fairly and strictly enforced by the Troop leadership corps and minimal attendance at Troop Meetings and Monthly Campouts is mandatory to continue on the Troop's active rolls. Another spirit builder is the annual firewood sale where each boy has the opportunity to earn several hundred dollars that can be used toward scouting activities or the purchase of camping equipment.

Troop 622 has a rich history filled with many fine traditions that distinguish it among other troops in the council. No tradition is finer, however, than that which has earned the Troop its well deserved nickname of The Troop of the Eagles.