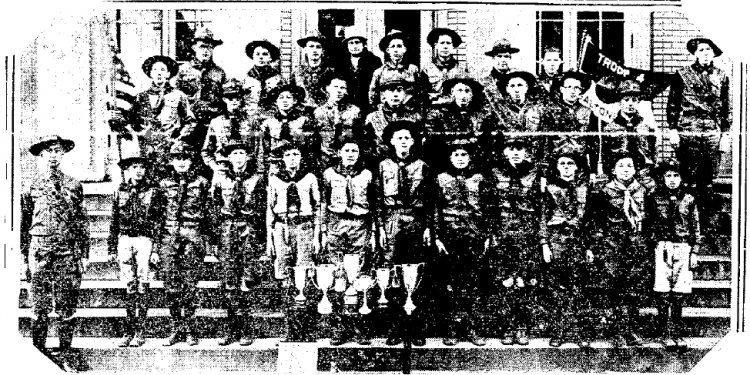 Milton, 90, was born in Portsmouth, New Hampshire and grew up in Lynn, Massachusetts.

In 1943, Milton joined the Army, serving in the 533rd Heavy Maintenance Tank Ordinance. After 12 weeks of basic training, he was shipped to England. He was tasked with training non-commissioned officers how to weld heavy armor plates on heavy tanks to protect the driver. In addition, he traveled up and down England’s coast welding shrouds onto tanks so they could drive through 7 feet of water without flooding the engine.

Milton was honorably discharged in 1945. To this day, he still carries his dog tags with him as a reminder of his service to our country.

After serving in the Army, Milton became a commercial kitchen equipment specialist working with sheet metal and stainless steel. He worked as an account supervisor for Denny’s Restaurants and helped build and open 1, 200 new Denny’s stores. This job required him to travel Monday through Friday, only having time at home on weekends. He credits his wife, Terry, for her support through his challenging work schedule.

Not long after his retirement, Milton moved to the desert 23 years ago for affordable living and golf.

Milton has volunteered for 8 years with the Cathedral City Citizens on Patrol (C.O.P.) program. In this role, he helps the Cathedral City Police Department by writing parking citations, helping to direct traffic during major traffic collisions and assisting in emergency call-outs. Milton consistently has the most volunteer hours of all the volunteer C.O.P.s. All the Cathedral City C.O.P.s agree that Milton is the most tenacious C.O.P. member in patrol because he is very attention oriented, routinely finding vehicles with expired registrations.

Milton has two children, Stanley and Paul, with his first wife and has two stepchildren, Janis Blythe and Davis Israel, with his wife, Terry.

Grateful for all his experiences, Milton says if he had one wish, it would be to live his life all over again.

Maria Consuelo, 74, was born and raised in Nayarit, Mexico. She immigrated to the United States in 1970 after marrying James Doyle Godwin. Within the first 10 years of living in the United States, Maria learned English, received her GED diploma and earned an associate of arts degree in liberal studies at College of the Desert. Maria is very proud to live in the United States and to be a citizen.