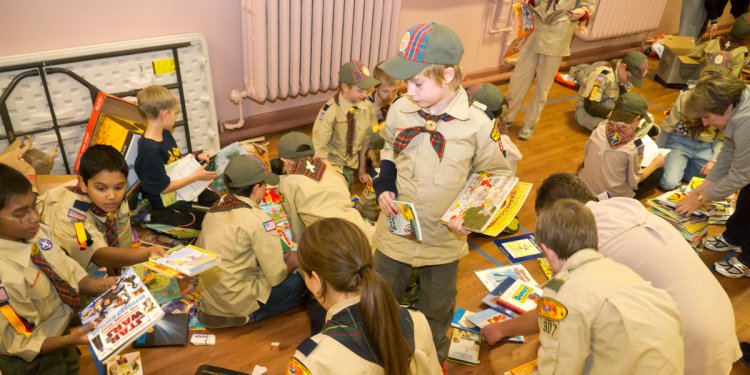 Years ago, just before the beginning of an Eagle Scout court of honor, I was standing in the back of the chapel and overheard a conversation between two of our wonderful young Eagle Scout candidates. One of them said to the other, “Right after this meeting, let’s burn our Scout shirts!” They both laughed and we moved on to a wonderful evening of recognition of the accomplishments of these young men and the others who had achieved the highest award in Scouting.

Even though I knew these Scouts were “half” joking, this one statement continued to haunt me because I knew there was a kernel of truth in it. My initial reaction was to blame the Scouts and ask them to have more respect for the Scouting movement and all that their Scout shirts represent. However, the more I thought, pondered, and prayed about this comment, I realized that it was not so much a reflection on these Scouts as it was on the program that we, their adult leaders, had delivered to them.

The program that these Scouts had experienced, and at the time I was a strong proponent of, was one in which the Scouts would show up for their troop meeting on a typical Tuesday night and the adults would teach the Scouts and test them on whatever they needed to know or do to pass off the next merit badge. To these Scouts, and many others like them, I imagine it felt like they were going to another class just like the ones they go to at school. An adult stands at the front of the class lecturing the “students.” The students take notes and try to understand and remember the material being taught; they may have homework to do after class and will be tested on their mastery of the subject matter. Many Scouts don’t like school very much and, hence, the comment about burning their Scout shirts. Where did we go wrong?

Several months after I heard the comment about Scouts wanting to burn their shirts, I was called (for the third time) to be Scoutmaster in my ward. Although about 30 years earlier I had completed what was then-called “Scoutmaster Basic Training, ” as well as a great deal of other Scout training such as Wood Badge, Philmont, etc., I decided it would be appropriate for me to update my training. I attended an all-day “Scoutmaster Leader Specific Training” where I live in Southern California.

Up to this point in time, I had always experienced some level of anxiety each week leading up to our troop meetings, wondering whether the Scouts were going to approve of the activities that I had prepared for the meeting. Of course, I would do my best to discuss the planned activities before the meeting with my senior patrol leader, but, in reality, he had little to say about what was going to happen and did not seem to have much interest, anyway. From the comments during the leader specific training and speaking with other Scouters at the breaks, I was amazed to hear them talk about how much fun their troops were having and how involved their Scouts were in planning their activities and troop meetings. I was glad I had updated my training and felt like this “Scout-led” troop concept was a totally new idea, but at the same time was something I already knew about. It resonated with some gospel principles I understood, like moral agency, priesthood keys, missionary preparation, etc.

Even prior to this training, I was well aware of the idea of a “Scout-led troop, ” and at least theoretically endorsed that concept. However, hearing the Scouters talk about it at the training led me to believe that the LDS troops that I have personally been involved in, and others I had observed, were far from achieving the goal of a “Scout-led troop” as described by the Scouters in the training.

Thus began my passion to learn about and implement a “Scout-led troop” in our ward. I attended a non-LDS troop’s patrol leaders’ council meeting to see what this would look like in real life. I was amazed at what I saw. This was a fairly large troop and the PLC consisted of about 10 to12 Scouts. The senior patrol leader and his two assistants ran the meeting like a bishopric or stake presidency. Other than me, their invited guest, there were no other adults sitting at the table where the PLC was held, although there were a few adults in the back of the room and the Scoutmaster would occasionally come over and check on things, answer questions, etc. But it was clear who was in charge. The adults would answer questions and act as counselors or advisers, but it was the Scouts who were running things.

In all the bishopric youth committee meetings, stake youth council meetings, etc., I had never seen anything quite like this. I thought, “This is what the Lord had in mind when he said we need to train our young men at an earlier age to become effective missionaries, fathers, husbands, etc.” However, I was concerned that although Scout literature and the training I received clearly taught that the Scouts should be running their own program, a typical Boy Scout troop includes Scouts from ages 11 through17. I thought to myself, “There is no way we can expect a 12- or 13-year-old Scout to conduct a meeting and lead a group of other Scouts like this 17-year-old (who looked like he was already shaving) did.” Nonetheless, this was such a powerful experience that I wanted to do an experiment and try this out in our own troop.

As I studied, pondered, and prayed about gospel principles relating to the things we were going to do, I felt like I began to receive personal revelation. Almost everything I have ever read or heard the brethren say when addressing the youth begins with some statement about the confidence they have in our youth. For example, on page 5 of the pamphlet, the First Presidency states the following: “Heavenly Father has great trust and confidence in you and has an important mission for you to fulfill.” Similarly, on page ii in the pamphlet, the First Presidency repeats this message, as follows: “Our dear young men and young women, we have great confidence in you.”