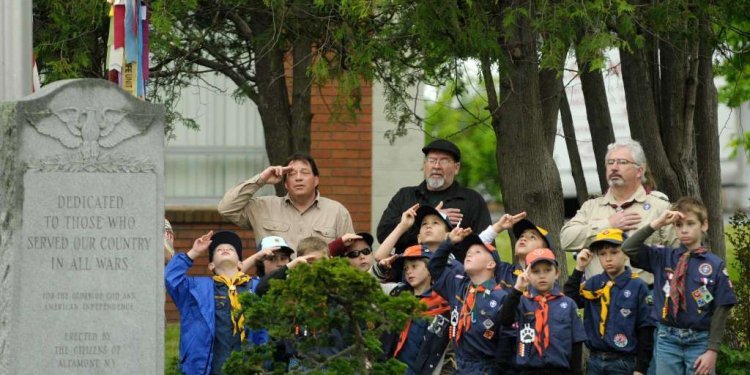 "To the day I die, I'll believe that this church and the Boy Scouts of America are responsible for my nephew's death, " he said angrily to a dumbstruck elder of the church, which sponsors the Boy Scout troop to which Jared belonged.

The service was the family's first public acknowledgement that they believe Jared died somewhere on the treacherous slopes of San Gorgonio Mountain.

"That hill was a tough hill, " said Negrete, who was recently hospitalized with stress-related pneumonia, tearfully recalling the full-scale, 16-day search for the boy. The search, one of the most ambitious in California's history, involved helicopters, dogs and almost 2, 000 people combing a 40-square-mile area northwest of Redlands.

A spokesman for the San Bernardino County Sheriff's Department said last week that a scaled-back search continues. "We have people going up at regular intervals, " said spokesman Jim Bryant. "On the weekends we have as many as 50 people."

But searchers have not turned up any new leads since candy wrappers and a camera were found a few days after Jared was separated from fellow Boy Scouts as they approached the 11, 500-foot summit.

Wilderness experts speculate that the boy died after he fell into a deep crevice, Bryant said. The last footsteps that trackers could identify as Jared's seemed to indicate that he was headed downhill, into steep, rocky terrain. "With the rain and thunderstorms we've been getting recently, everybody says that maybe the body will wash down to a different location."

Sheriff's investigators had considered from the beginning the possibility that Jared was abducted, Bryant said, but they have turned up no evidence of foul play.

Saturday's memorial service included a hymn sung by 10 of Jared's cousins, reminiscences by classmates and an emotional eulogy by Harvey Beach, one of Jared's uncles.

Beach recalled Jared's love for basketball and his dream of working as a Mormon missionary.

Boy Scout officials acknowledged shortly after the disappearance that Scoutmaster Dennis Knight had broken safety rules in taking a group of children into the wilderness without another adult to help supervise the hike and in failing to file a report with the local Boy Scout council before the trip.