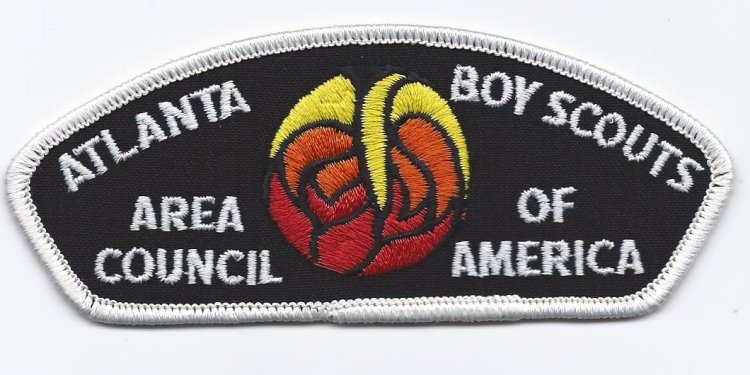 An Eagle Scout from Maryland, the young woman serving as National Venturing President and a Cub Scout from Sandy Hook, Conn., are among the nine young people selected to represent the Boy Scouts of America during this week’s Report to the Nation in Washington, D.C.

The Scouts (accompanied by a support team of adults) will tour D.C., visit monuments and smile for countless photos with powerful politicians. But their primary duty in our nation’s capital is to present the 2013 Annual Report to key members of Congress from both parties. They plan to hand-deliver the report to the top Republican and Democrat in the House — John Boehner and Nancy Pelosi — as well as the top Democrat and Republican in the Senate — Harry Reid and Mitch McConnell.

The report itself, which I’ll share with you later this week, essentially gives outsiders a recap of the past year in Scouting. For example, it reveals that in 2013, Scouts had more than 17 million hours of service in their communities at a value of more than $377 million.

The nine youth delegates are profiled in full below. They represent a nice cross-section of Scouting and come from a mix of programs, regions and ethnic backgrounds.

How are the delegates chosen?

Each fall, local councils are asked to nominate a Scout or Venturer to be considered. The National Council then sends these names to a committee that reviews all nominations. Five or six young people are hand-picked to be a representative group of all programs from all four regions of the country. Care is taken to ensure the ethnic diversity of Scouting is showcased.

Three more delegates get “automatic” selections: the National Sea Scout Boatswain, the National Order of the Arrow Chief and the National Venturing President. Serving as a member of the Report to the Nation delegation is one perk of office. They’ve earned it.

Follow the jump to meet each of these outstanding youngsters.

Andrew is a 14-year-old Eagle Scout from La Plata, Md., in the National Capital Area Council, headquartered in Bethesda, Md. He joined when he was 11 years old as a Boy Scout. During his Scouting experiences, he achieved the rank of Eagle Scout, the Supernova Bronze award, Physical Fitness Award, BSA Conservation Award, Leave No Trace and earned four Eagle Palms.

In December 2012, he swam 7 kilometers to Bongoyo Island, an island in the Indian Ocean off the Tanzanian coast, and earned his swimming merit badge and the mile swim. He has always believed that work pays off. Andrew wants to pursue a career in the medical field. His favorite subject is Chemistry and he participates in cross-country.

Eagle Scout and National Order of the Arrow Chief

Nick is a 20-year-old from Tualatin, Ore., in the Cascade Pacific Council, headquartered in Portland, Ore. He joined when he was ­­­­­­­­­­­6 as a Tiger Cub and has participated in Cub Scouts and Boy Scouts. He is an Eagle Scout, a Vigil Honor member of the Order of the Arrow and a member of the James E. West Fellowship. He currently serves as the National Order of the Arrow Chief, representing more than 300, 000 members around the country.

Nick is a student at Colorado State University where he is planning on graduating in 2016 with a degree in Veterinary Medicine. After completing his undergraduate work, he will work as a wildlife veterinarian for state or federal agencies. He has a passion to help people, animals and the common problems they share in an ever-changing world. Wildlife disease and health fascinate him, along with the social and economic implications it carries.

He has earned many awards in the Boy Scouts, including: Eagle Scout, World Conservation, 100 Night Camping, Vigil Honor, Founders Award, and the God and Country award.

Billy is a 20-year-old Sea Scout Quartermaster from Boca Raton, Fla., in the West Central Florida Council, headquartered in Seminole. He began his Scouting participation at age 14 and has been involved for the past six years. He currently attends Florida Atlantic University, taking his core classes leading toward a major in Law, with plans to pursue his masters in intelligence studies. He currently serves as the top youth leader for the Sea Scouts as the National Sea Scout Boatswain.

His awards include: Sea Scout Quartermaster, Venturing Gold, William T. Hornaday Silver and Bronze. His involvement in school has placed him positions of leadership in sports and in academics.

His experiences as a Sea Scout have given him leadership opportunities, as well as on the water sailing experiences. He has also served as a lifeguard, a sailing instructor, and is Scuba certified.

Scott is a 13-year-old Star Scout from Williamson, N.Y., in the Seneca Waterways Council, headquartered in Rochester, N.Y. He began his Scouting participation at age 6 and has been involved for the past seven years. He earned the Arrow of Light.

He competed regionally and nationally with the Rochester Rookies Wheelchair and Ambulatory Track and Field Team. His best Scouting memory was completing a four-mile hike to Marcy Dam in the Adirondacks. His hero is a 2012 U.S. Paralympian, Ryan Chalmers, who is a disabled person who pushed across America in his wheelchair. Obstacles do not stop him from achieving what he sets out to accomplish.

Annaliese is a 20-year-old Venturer from Saratoga, Calif., in the Silicon Valley Monterey Bay Council, headquartered in San Jose, Calif. She began her Scouting career at age 14, with a 55-mile backpacking trip through Kings Canyon to the top of Mount Whitney in Southern California. She also enjoys river rafting, backpacking, camping and all-night service projects.

She represents a co-ed youth program in Venturing, which is a nationwide program for youth ages 14 to 21. Her experiences in the program have placed her as a staff member of National Youth Leadership training programs. Her mission as National Venturing President is to build strong and lasting Officer Associations that support areas, regions and the National Venturing Cabinet.

She currently attends West Valley College, majoring in electric engineering, with plans to go into business with a technical emphasis. Outside of the program, she enjoys lacrosse and soccer and being in the outdoors. She received the Presidential Service Award through her involvement with the National Charity League.

Jocques is a 17-year-old Life Scout from Fairburn, Ga., in the Atlanta Area Council, headquartered in Atlanta. He joined at age 14 and has experienced the outdoors of the Scouting program for the past four years. During his tenure as a Scout, he is a Brotherhood member of the Order of the Arrow and has earned 21 merit badges required for Eagle Scout.